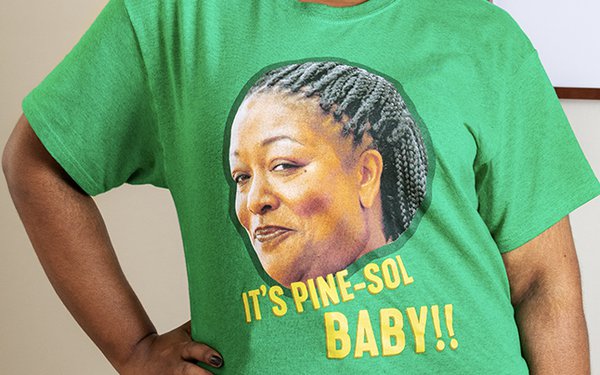 Pine-Sol household cleaner just launched an ecommerce site selling holiday gifs, with all of the proceeds from the sale to help minority women entrepreneurs.

Pine-Sol has been criticized in the past for advertising that some felt gave a stereotyped version of Black women, gleefully washing floors and just generally cleaning their homes.

“Pine-Sol has been a cleaning staple in Black homes for generations as a part of their Saturday morning clean routines,” a spokeswoman told Marketing Daily.

In a statement Cassandra Lewis, Pine-Sol’s brand manager, added,  "In honor of the cleaning routine that has become a tradition for many, the Pine-Store celebrates the nostalgia that's felt when thinking of Saturday mornings at home with family and the pride that comes from having a clean house.”

Pine-Store will continue after the holidays. The gifts might open the company up to criticism again, or just be viewed as items -- targeted to Black women -- that express a lot of love for the product.

One T-shirt features a photo of “the Pine-Sol lady” and the words “It’s Pine-Sol, baby!” the catchphrase made familiar by actress-comedian and brand spokeswoman Diane Amos since 1993, who plays it sassy and funny in ads.

The ecommerce site also features a pine-scented candle and other T-shirts, including one that reads “Mop & Bucket & R&B & Saturdays & Pine-Sol." Another one reads “You Didn’t Grow Up With Pine-Sol” followed by, in smaller letters, ”And it shows.”

“Mop and Move” slippers are made to be laughed at. They come in Pine-Sol’s trademark yellow and green, with a mop head bottom. “Keep it moving AND keep your floors clean,” the product description reads. 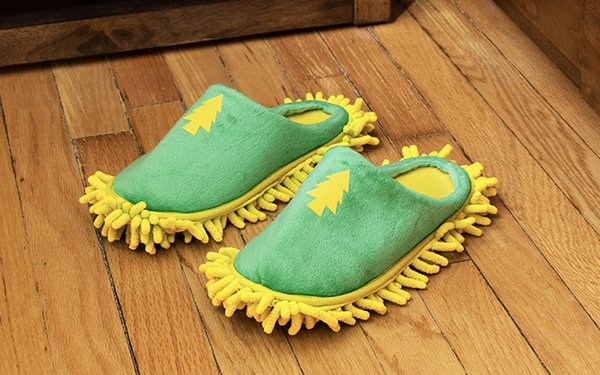 Other shoe styles, from African-American designer Vashtie Kola will be available “in the coming months,” along with other footwear from Kola, according to the company.

Playing with the image of black women doing menial work -- very happily -- brings back stereotypes. These women were not always washing their own floors. Amos and Pine-Sol  have been criticized for a few ads, at least in part because Amos is overweight and sassy, like a lot of black women portrayed in the media over the years, and because she seems to enjoy her work. Pine-Sol’s spokeswoman however, says the Black community has always been “at the core of the business from the very start.”

Earlier this year, Pine-Sol partnered with Essence to celebrate and champion Black women through its “Build Your Legacy” contest that invited women to share how trendsetters, influencers and innovators help their families and communities, with hundreds of thousands of dollars in cash prizes.