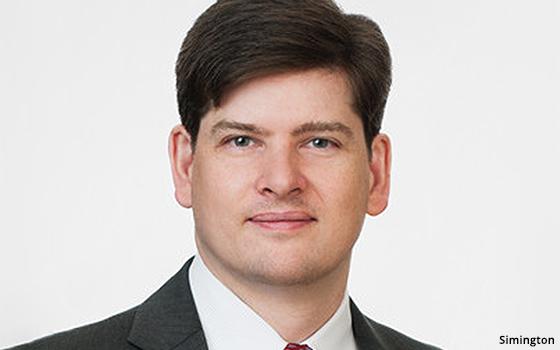 The move means President-elect Joe Biden will begin his term with two Democratic commissioners and two Republican ones -- which could hinder his broadband policy agenda, including the restoration of net neutrality rules.

Biden will be able to nominate someone to fill the fifth slot at the agency, but it's not clear whether a Republican-led Senate will approve -- or even consider -- that nominee.

President Trump nominated Simington after abruptly withdrawing the re-nomination of FCC Commissioner Michael O'Rielly, who had expressed skepticism toward Trump's request to gut Section 230 of the Communications Decency Act-- the 24-year-old media law that undergirds the modern web.

Simington, a senior adviser at the Commerce Department's National Telecommunications and Information Administration, helped write the agency's petition to the FCC for rules to weaken Section 230. He also reportedly attempted to influence Fox News' coverage of controversies surrounding Section 230.

The organization Fight for the Future said Simington is likely to “continue Trump’s senseless attacks on the First Amendment and Section 230 of the Communications Decency Act."

Wood added: “A functioning FCC ought to matter to Senate Republicans too, as their constituents also suffer from the digital divide and the lack of competition, diversity and localism in media ownership. Yet Republican lawmakers voted the wrong way when told to do so by a defeated president and their obstructionist Senate majority leader.”