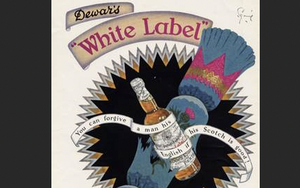 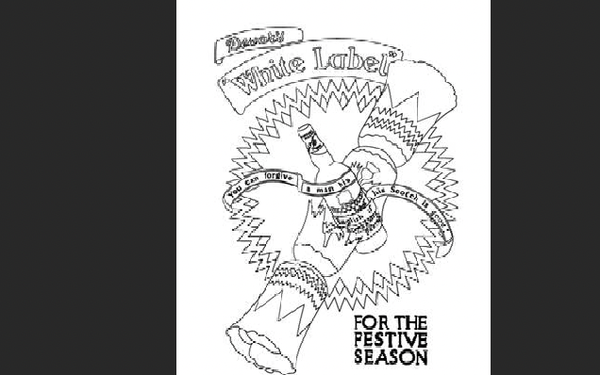 New research predicts that 70% of us aren’t going anywhere for the holidays. Many restaurants won’t be serving, so we’re not going to parties, either. And shoppers are doing it online. Which leaves a lot of time to kill at home.

Bacardi Ltd., the rum brand and also maker of Grey Goose, Dewar’s, Patron and Martini, figures it’s a good time for Mom and Dad to do some coloring.

The adult coloring book mania of 2015 or so has subsided -- but, as home has become the same-old, same-old, it’s perked up again during the pandemic

So Bacardi has put some of its vintage holiday ads on Instagram, and coupled them with the uncolored versions. Bacardi with a Crayola  mixer might sound odd -- but it worked in May, when the company did the same thing for other vintage ads.

Bacardi is in the right place to lean on an art collection. It’s the world’s oldest privately held spirits company, dating back to 1862.

Rachel Dorion, the heritage communications coordinator and archivist, says it has a trove of 60,000 assets, which includes 5,000 Bacardi ad pieces, and even older items from Bacardi’s European acquisitions.

A lot of them are beautiful. She says one ad, with a bottle of Dewar’s White Label (above), positioned in the middle of a New Year’s  party favor “popper," was drawn by the late Scottish artist Geoffrey Squireduring the Depression, and became popular because it seemed so festive at a time many in the world weren’t. It’s one of the ads Bacardi’s ready-for-coloring duplicate gives consumers a chance to tint on their own.

The company’s own consumer research shows one in four people are now mixing drinks at home, and now, after months of doing so, are getting bolder. BacardiLimited1862@Instagram will be offering more exotic recipes amid the gallery of old ads.

Dorion knows how world events can change markets, and how brands need to respond.  She says when Prohibition went into effect, and some Americans began trekking to Cuba to vacation and imbibe, Bacardi hit on the idea of creating beautiful free postcards for them to send back home. It was a legal way for them to advertise stateside. The results helped Cuban tourism -- and, of course, Bacardi. "It was a viral ad of its day," she says.

“People are still looking for things to do at home,” says Dorion. An artist herself, she began coloring with friends during the pandemic and the idea for Bacardi’s coloring pieces grew out of that. In fact, she drew all the coloring book companion sketches of the vintage ad work. “I just did the easy part,” she says.