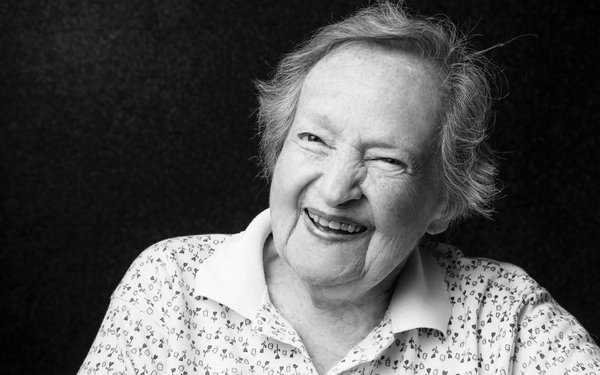 Wunderman Thompson’s year-end celebration is particularly special this year. The agency is celebrating the holidays sure, but it’s also celebrating the retirement of its longest-standing employee, Ginny Bahr, who is 93.

Now, that’s the sign of a person who really loves their work.

Known for her spunk, wit and can-do attitude, Ginny joined J. Walter Thompson’s New York office in 1951 (69 years ago for those of you who don’t have calculators handy.) JWT and Wunderman merged a couple of years ago.

Ginny is considered a legend in the ad community. Her journey included the “Mad Men” era, and she’s been a mentor and inspiration for young ad executives throughout the decades since.

She started as a receptionist and moved up to serve as executive assistant to many past vice presidents and CEOs. My smurfs inside the agency tell me that more than a few folks at the shop over the years believed Ginny was actually running the place behind the scenes.

She worked on a range of accounts, including Ford, PanAm, Shell and Rolex.

People tell me she is a woman dedicated to making relationships, being of service, and helping others with their careers.

And she isn’t leaving because she has to, but at her family’s request that she slow down, just a little.

The agency put together this poignant and funny video about Ginny’s career.