'Atlantic' To Launch 'Inheritance' Project In 2021 On Black American History 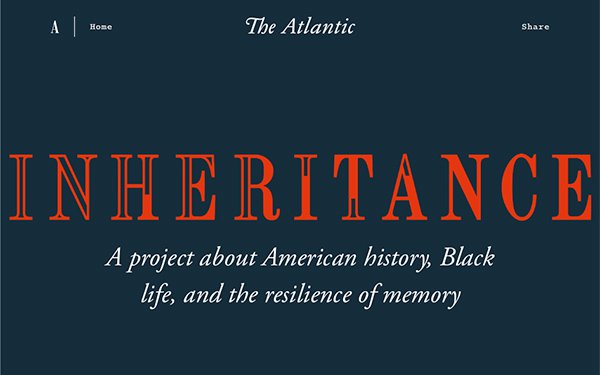 The Atlantic will launch a project in February 2021 called "Inheritance," dedicated to “American history, Black life and the resilience of memory."

The Atlantic is calling it “the most ambitious journalism and technology venture” it has undertaken. The effort hearkens back to the publication’s creation in 1857, as a magazine featuring writers supporting the abolition of slavery.

Inheritance is a years-long reporting project focused on the often overlooked history of Black Americans and their stories.

The Atlantic says it will use its resources and reporting to create accounts of important, but lesser-known, historical events that had a lasting impact on the rights, freedoms and treatment of Black people in America.

The magazine will also highlight and dig deeper into the lineage of Black families, as well as investigate the difficult process Black Americans go through to trace their lineage.

The New York Times Magazine published “The 1619 Project” in August 2019, a special project commemorating the 400-year anniversary of August 1619, when the first enslaved Africans arrived in what would become the United States. It looks back at the beginning of slavery in the U.S. and how it has shaped history.

The project has since expanded into a podcast and book series, as well as film and TV projects.
african american, magazines, multicultural, politics
Next story loading