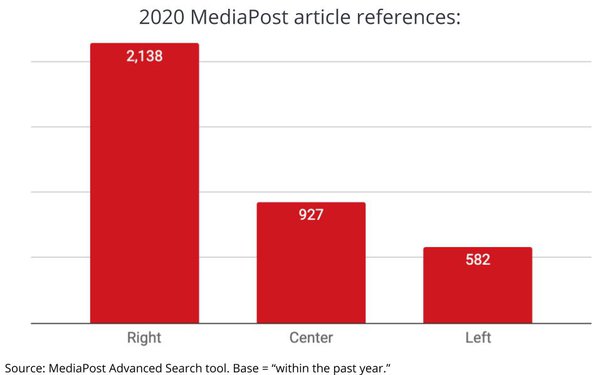 Normally, I don't comment on comments from readers, especially when they are politically partisan in tone. But I was inspired by one yesterday grousing about our coverage of Nielsen data showing the top 10 local TV advertisers leading up to the election.

The ranking was dominated by Joe Biden, the Democratic National Committee and various PACs. For some reason, this elicited a "give it a rest" comment from one reader who implied we have a politically biased skew, although it was a straightforward sum-up of Nielsen quants.

I understand the perception that MediaPost's coverage is politically skewed, and I know that my own opinion-based commentary -- especially these Red, White & Blogs -- have contributed to them. But if anything, I have asked our editorial staff and even some of our op-ed contributors to bend over backwards to be, as they say, "fair and balanced."

And since it's the end of an epic year that also included an unprecedented amount of political discord, I figured it was a good time to analyze how our coverage netted out. And while I know that quantitative rankers obscure the nuance of editorial coverage, I think it might not be possible to actually provide an objective assessment of our subjectiveness. So sticking with the quants, here's what I found.

"Right" garnered nearly four times the coverage as "Left" published by MediaPost in the last year, while "Center" was somewhere in between.

If you don't deem that a directionally significant finding, how about these explicitly political partisan terms? "Conservative" generated more than twice the coverage of "Liberal" references, while "Mainstream" was somewhere in between. 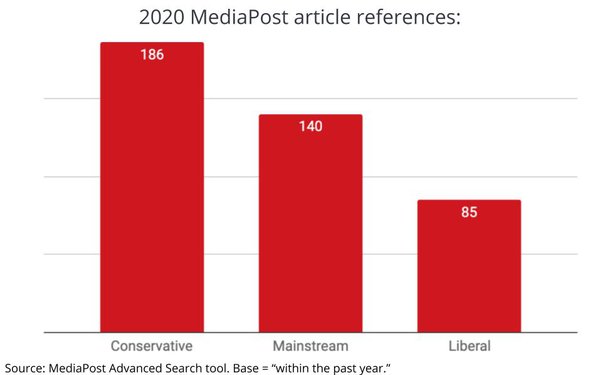 Since we are a media-centric business publisher (hence our name, "MediaPost"), I did find that The New York Times over-indexed all other news publishers by a wide margin, which surprised even me, given how many times I personally cited Fox News this past year. On the plus side, there were relatively few references to Sinclair, Newsmax, and OAN. 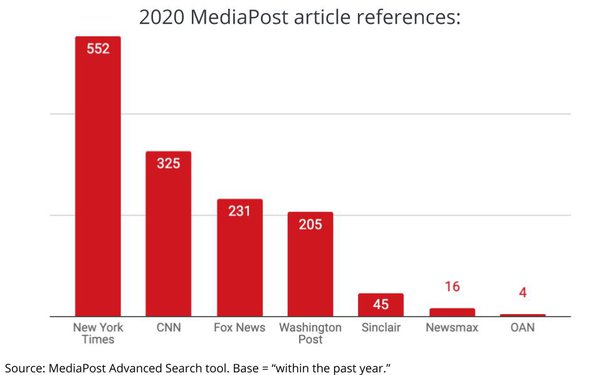 Looking at broader societal terms associated with 2020's political spectrum, the good news is that "diversity" and "justice" indexed the highest. The bad news is that "anti-Semitism" ranked third, followed by "racism."

"Democracy" ranked in the middle, while "Nazi" and "White Supremacy" were also-rans. 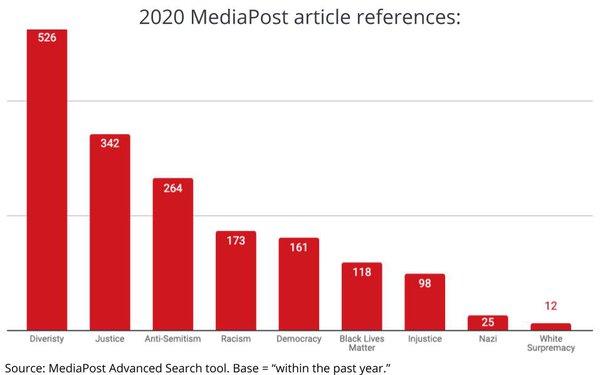 Speaking of diversity, "Black" overwhelming dominated our diversity references, followed by "White," "Hispanic," "Asian," and "LGBTQ." Though my personal favorite new diversity term is "neurodiversity," which got only two references on MediaPost in 2020. Must have something to do with the way we are wired. 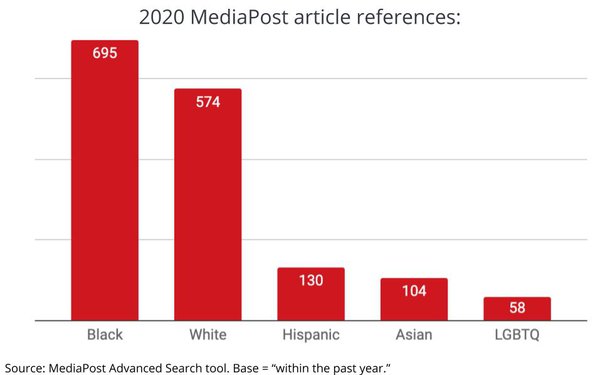