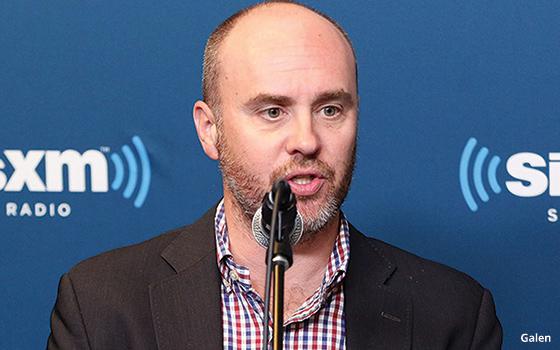 Although Reed Galen has been a Republican powerhouse for more than 20 years, this year his organization The Lincoln Project took his skills and visibility to new levels. Without Galen, Trump may have won re-election in 2020.

Galen is well-positioned for his role in making an impact in American politics. The political strategist has spent years working for President George W. Bush, Senator John McCain, and Governor Arnold Schwarzenegger, among others. Since 2011, he has been the owner of Jedburghs, a full-service agency specializing in public affairs, PR and political consultancy.

Yet The Lincoln Project serves as one of his most notable and ground-breaking accomplishments. Founded in late 2019 by a number of high-profile political operatives, including Galen, as well as Rick Wilson, John Weaver and Steve Schmidt, the shop was founded with a mission to protect Democracy.

Although Project leaders all contribute equally and enthusiastically, Galen is one of the more prominent faces of the movement. His ability to mix wit and education is exemplary, regularly battling with supporters and detractors on social media.

Galen’s Twitter feed — with more than 112.7 thousand followers — publishes or reposts at least a dozen messages a day. His November 23 message stated how he was “Truly impressed with how quickly the @GOPSenate has congratulated President-Elect @JoeBiden. Oh, wait.”

The organization’s original goal to take down Trump seemed to be accomplished in early November. Galen even tweeted: “The mission of this Allied Force was fulfilled at 11:26 am local, November 7, 2020.”

However, when it comes to Trump, it is wise to expect the unexpected. The President remained steadfast in thinking he had won the election and refusing to concede to President-elect Joe Biden. As Galen writes, “Unfortunately, Trumpism survived — and it continues to infect our politics.”

“As Donald Trump does everything he can to undermine democracy, the balance of power in the Senate — and Joe Biden’s ability to heal this nation — are on the ballot in Georgia. We will not rest until Trumpism is defeated.”

For his part, Galen is not going anywhere. “We left our party. We have no desire to try and run someone else’s,” he responded to one inquiry about whether the Project leaders would join the Democratic side or expand its focus. It appears The Lincoln Project — and Galen — are just getting started. He assured fans despite Biden’s incoming Presidency, The Lincoln Project podcasts, its LPTV broadcasts, and town hall meetings as well as Facebook Lives will continue for the foreseeable future.