How Dry I Am: Non-Alkie Bevs Push Sober January 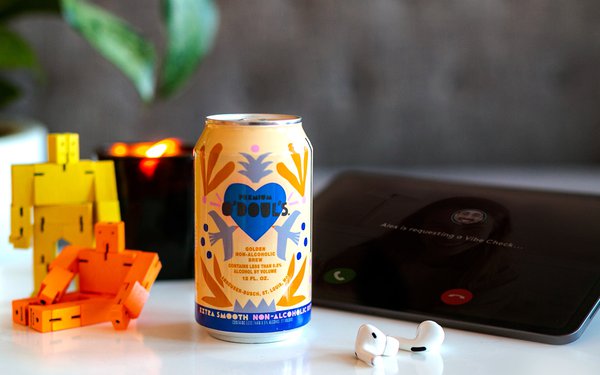 More beer, wine and other beverage brands are rolling out their Dry January promotions, their last golden opportunity until Sober October. That’s the other month marketers have designated for heavy non-drinking.

Among the most ambitious comes from O’Doul's, one of the non-alcoholic brews from Anheuser-Busch. It is hooking up with dating site Match.com to present an in-app update that gives daters more non-drinking options when they search for someone new.

According to Match’s Singles in America survey, nearly one in three people feel pressure to have an alcoholic beverage on their first date. The same study says almost half of its surveyed singles would be interested in trying a no- or low-alcohol drink on a first date.

The Match connection with Anheuser-Busch also includes a sweepstakes in which 100 couples will win special Dry January O’Doul’s cans and other first date prizes like a calming designer candle, dating conversation cards, a smartphone stand and selfie light -- and, for some reason,  custom-woven socks.

For a limited time, O’Doul’s is using a different can with Match's signature blue and romantic images, including a heart and lovebirds, designed by Austin-based illustrator Abbey Lossing.  It’s meant to be aimed at singles, though maybe not so targeted to the O’Doul’s drinker looking for the beer in its familiar all-green can. This is the third year O’Doul’s has refashioned its can for Dry January.

Other sober promotions abound. For the second year in a row. Heineken’s 0.0 non-alcoholic beer gave away 8,000 special Dry Pack cases of the stuff. The gimmick is that the cases hold 31 beers -- one for every day in January.

Then there’s Volvic, the natural spring water from Danone, which should be noted for the frugality of its giveaway.  It is encouraging drinkers to swap their booze bottles for its water bottles instead. It launched a sweepstakes offering “a month’s supply” of Volvic to winners chosen from among those posting new non-alcoholic ways to enjoy themselves on Instagram.

The giveaway consists of a case of Volvic holding 12 bottles awarded to a total of three winners nationwide, whom the brand is offering to “help start the year on the right foot, reap the many benefits of its volcanic mineral water, and be their best and most hydrated selves in 2021.” Deadline for entries is the end of the month.