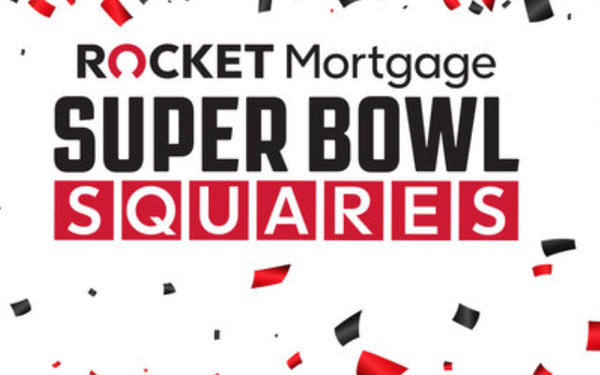 The sweepstakes, which opened for entries Jan. 7, is part of the company's multiyear partnership with the NFL. Those looking to enter the giveaway can now register for free at RocketMortgageSquares.com.

As was awarded last year, two grand prize winners will receive a $500,000 prize that can go toward a home. Additionally, $50,000 will be awarded to a participant at every score change in the Feb. 7 game, whether it's a touchdown, field goal, extra point, two-point conversion or safety.

The company, which claims to be the nation’s largest mortgage lender, was pleased with last year’s effort, saying it “eclipsed all expectations.”

"The Super Bowl is the place to pull out all the stops,” said Jay Farner, CEO of Detroit-based Rocket Mortgage, in a release. “Whether you are a huge football fan or there for the entertaining commercials, everyone is watching the game.”

Rocket Mortgage is also a prominent sponsor in college football.

The Mid-American Conference (MAC) recently announced a multiyear partnership with the company, making it the title sponsor of the annual MAC Football Championship Game at Ford Field.

The 2020 Rocket Mortgage MAC Football Championship Game, which pits the conference’s top teams from the East and West Divisions against each other, took place Dec. 18 and aired on  ESPN.