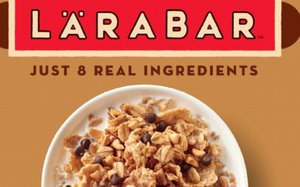 Talk about a sugar high.

While legacy CPG marketers encountered the initial impact of COVID-19 from different operating perspectives in 2020, many are now placing big bets on cereals and sweet snacks as the pandemic continues to play out.

What marketers were dealing with pre-pandemic was the ongoing rationalization of SKUs by retailers big and small -- that is, retailers were as, per usual, deciding which products to keep or stop selling. Then, as the pandemic took hold, production line disruption came, which forced brands to focus on delivering products and sizes that were flying off shelves during consumer pantry-loading. This phase was typically accompanied by cuts in advertising and promotion spending.

“But what we all did was take SKU rationalization to its ultimate extreme, by trying to narrow our assortment to the longest run. We're actually now going the opposite direction of rebuilding the SKUs,” is how Post Holdings president and CEO Robert Vitale explained the retail landscape to financial analysts on Nov. 20.

Advertising and promotion are expected to continue growing in 2021, as CPG brands in all categories try to maintain new trial users.

Brands are “probably going to be doubling down on traditional, brick-and-mortar, in-store marketing philosophies -- things like promotion and pricing,” says Brian Gioia, director of product strategy at the Connecticut-based Scrum50 agency.

While ecommerce purchases of cereals and snacks rose to new heights in 2020, “I think a lot of people prefer to get their box of cereal or snack crackers in the store, one at a time, a week at a time, because they’re going to the grocery store anyway for produce and meat,” he adds.

Last month, General Mills announced no fewer than 16 new cereal variations, with basically something for everyone in the mix. Like to play Pokémon? Now you can do it while eating Pokémon cereal. If watching “Sesame Street” is more your thing, now there’s Sesame Street cereal in the shape of numbers or letters.

Most of the rest of the General Mills introductions are mashups of existing brands in new flavor combinations, with the exception of new cereals under the Wonderworks keto-friendly and Larabar energy bar brands.

Then there's cereal-to-snacking crossover, as seen in new bars from Kellogg made with Froot Loops or Frosted Flakes. Not to be left out of the gaming scene, the company is debuting Minecraft Creeper crunch cereal—a nod to the “creepers” that kill unwary participants of the popular Minecraft game.

Shifting from cereals to sweet treats, Conagra’s Duncan Hines is rolling out a line of brownie, cake and cookie baking kits in March under the brand name Epic. The five varieties include Fruity Pebbles, in collaboration with Post Holdings, in a year that marks the 50th anniversary of Pebbles.

Meanwhile, Mondelez International seems to be far from satiating its appetite for snacks to add to its Belvita, Chips Ahoy!, Oreo, Ritz and Triscuit lines.

Priorities for Mondelez include more biscuit and chocolate offerings—the latter in the premium space, where “we’re not as important a player as we’d like to be.”

On Tuesday, the company stepped up its game by acquiring the premium chocolate brand Hu, in which it had made a minority investment in April 2019. Based on the most recent transaction, parent Hu Master Holdings is valued at approximately $340 million, The Wall Street Journal reported.

Having started with vegan and paleo-friendly chocolate bars, Hu has broadened its offerings in recent years to include premium grain-free crackers.