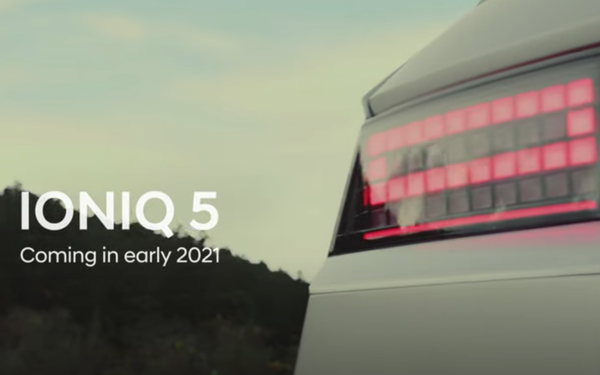 Along with the darkly lit photos, a series of five teaser videos on the Hyundai Worldwide’s YouTube page showcase the vehicle’s technology. The videos were created by Hyundai AOR Innocean.

The camper roasts a turkey in a large oven, listens to music on high-end audio speakers, and exercises on a treadmill — all at a camping site.

The ‘“5-Minute Challenge” video (which is 60 seconds) highlights Ioniq 5’s charging capability, which enables it to drive more than 100km with only a 5-minute charge.

To showcase the performance, a movie trailer-style challenge was set up featuring Ioniq 5 and three devices—a smartphone, laptop and action camera—that were each charged for 5 minutes and competed to be the last to survive.

The automaker plans to release more content that highlights the vehicle's features.

The Ioniq 5 will debut in a virtual world premiere event in February, and the full campaign will launch in March.