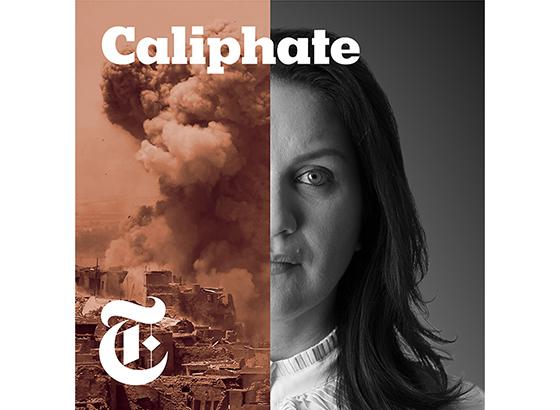 The New York Times admitted mistakes in how it handled efforts to correct the reporting in "Caliphate," the hit podcast about the Islamic State that was riddled with falsehoods. In a written response to a letter from a public radio trade group, the newspaper described steps to hold itself accountable for "a significant journalistic lapse" and address the group's complaints.

The Public Radio Program Directors Association (PRPD), which represents 24 public radio stations, this week sent the letter detailing its key concerns about the NYT. The first was about the alleged behavior of Michael Barbaro, host of the newspaper's popular "The Daily" podcast, as the NYT grappled with issuing a correction to "Caliphate."

The newspaper last month acknowledged the central figure in the hit 2018 podcast, a Canadian man who claimed he had killed people in Syria as a member of ISIS, had misrepresented himself on several occasions. As part of the effort to correct the record, the NYTalso produced a 30-minute "corrective podcast" in which Barbaro interviewed Dean Baquet, the newspaper's executive editor.

However, the NYT's effort to correct the record was flawed, according to a story by NPR media reporter David Folkenflik. Referring to his reporting, the PRPD said: "The decision by host Michael Barbaro to contact other media journalists, especially our colleagues at NPR, and attempt to influence their coverage of errors made by 'Caliphate' is extremely troubling."

Sam Dolnick, the NYT assistant managing editor who oversees podcasts, responded: "Michael sent private messages through social media that may have made recipients feel that their criticism was unwelcome. Michael deeply regrets that. Editors have discussed their expectations with him going forward."

The association also cited Folkenflik's report in objecting to the NYT's "lack of transparency" in not disclosing that Barbaro had a personal relationship with Lisa Tobin, executive producer of "Caliphate," in his 30-minute corrective interview with Dean Baquet.

NYT's response: "This was an audio version of our editors’ note, not an accountability interview, which Dean had already given to NPR. With that understanding, we did not see a need to make reference to Michael’s relationship with Lisa Tobin."

Finally, the PRPD chided personnel decisions by the NYT in the wake of the #MeToo and Black Lives Matter movements: "We feel it is necessary to address the decisions made by The New York Times to reassign Rukmini Callimachi, a female journalist, while giving greater visibility to her white male counterpart Andy Mills."

Callimachi was the NYT's star terrorism reporter who hosted "Caliphate," while Mills was a producer of the podcast. The PRPD linked its letter to a story by The Washington Post describing allegations of inappropriate behavior by Mills at his previous job at WNYC's Radiolab.

NYT's response: "You also referenced allegations of Andy Mills’ misconduct, which we take very seriously. We thoroughly review all complaints received and will take any appropriate corrective action."

The New York Times and the PRPD declined to provide further comment on the matter when contacted by Publishers Daily.