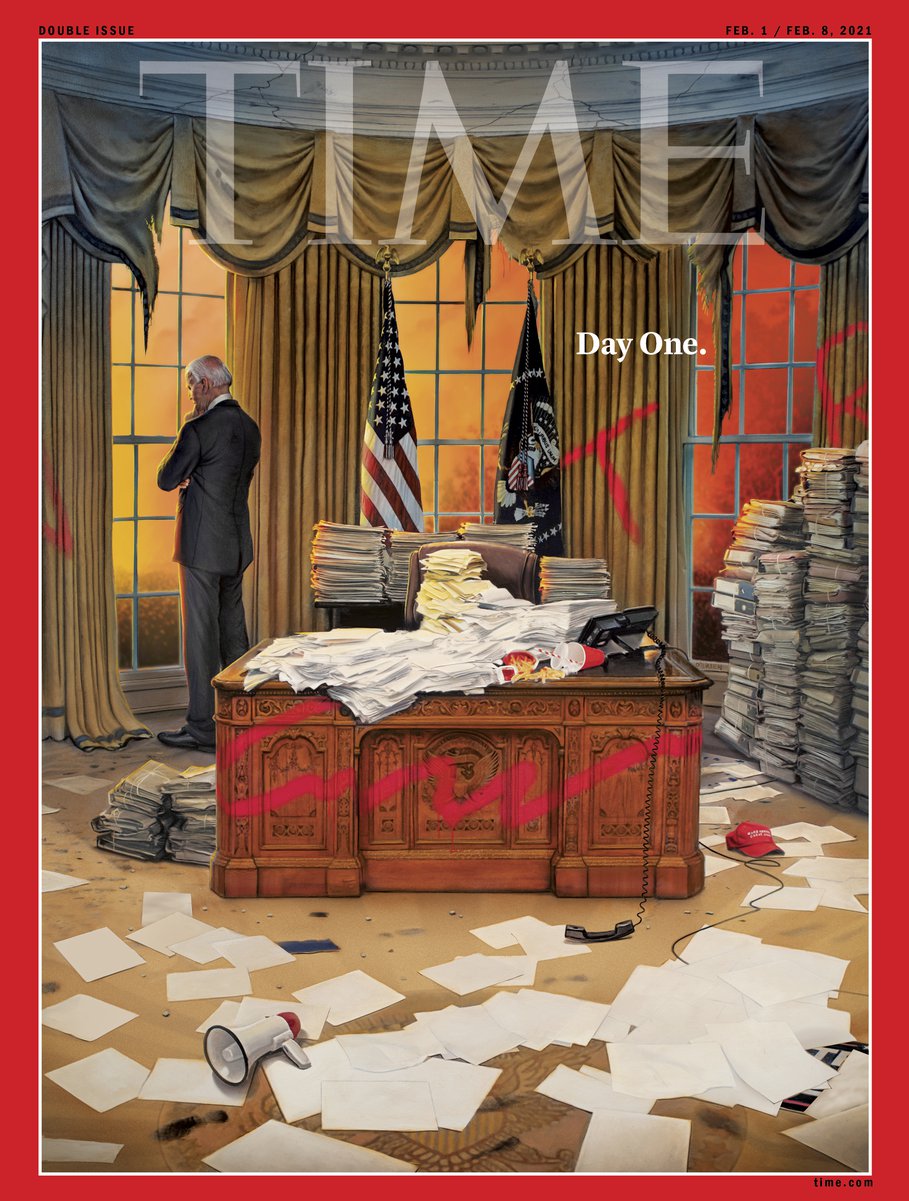 “If Trump’s rhetoric invited conspiracy theorists and white supremacists into the middle of the political arena, Biden has wagered his presidency on an ability to banish them to the fringes, and to restore a sense of calm and decency, if not total agreement….," Time magazine's Charlotte Alter writes in this week's cover story, featuring the depiction of President Joe Biden looking pensively out the window of a trashed Oval Office.

"Joe Biden may never unify America," she continues. "That may not even be possible in a nation so riven by disinformation and delusion. But if he can get Americans who disagree on everything else to agree on the democratic process, if he can help restore political debate to the realm of truth, if he can deliver enough solutions to restore some small faith in government, that would be a start. America still won’t be united, but it could be united enough.”