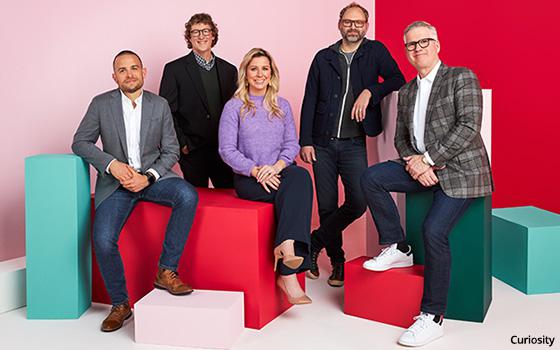 Under the expanded ownership, co-founders Matt Fischer and Greg Livingston will continue to support the company in their current leadership roles ensuring a smooth transition with current clients, staff and business supporters.

At the same time, Harness, Warman and Walters will focus on growth while honing in on new service lines and expanded partnerships to support current and future clients. The agency has landed 10 new clients since the pandemic began last year.

While the ownership expansion officially takes effect this month, it has been in the works for nearly three years. Harness, former President of Dentsu’s Cincinnati gyro office, joined the company in 2018 as president and chief client officer with a focus on agency strategy and client relationships. He quickly recruited Warman to lead the creative team and develop a process for integrating strategy, creative and activation.

In 2019, Walters joined the agency to lead its business development and marketing  efforts.  She will become the first female co-owner.

Founded in 2010, Curiosity was hatched after the duo Fischer and Livingston left NYC after stops at BBDO, Hill Holliday, FCB and Y&R,  armed with a shared philosophy that asking the right questions leads to the right solutions. The name Curiosity was selected to set the vision for a fully integrated agency which is now home to 50 employees and a client roster including Procter and Gamble, Native, Charlie Banana, Baby Brezza, Roto-Rooter, and Farmer Focus.

“We recognized we would one day need a transition to new ownership, explains Fischer. “We wouldn’t settle until we found the right people to carry our company culture forward, nurture our existing client relationships and be able to grow Curiosity for the next 10 years.” He adds, “The company momentum we are currently experiencing is directly attributable to the diverse strengths Trey, Jeff and Ashley bring to Curiosity.”