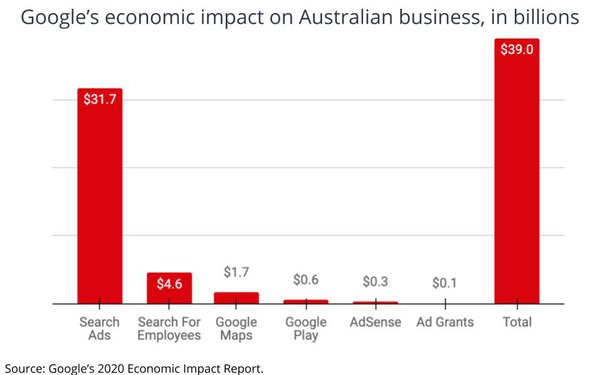 Google has threatened to remove its search engine from Australia if a new law goes into effect -- even as it finds a way to work with publishers in France.

Speaking after the National Cabinet meeting on Friday, Australia's Prime Minister Scott Morrison said the country “doesn’t respond to threats” and that Google would need to adhere to the country’s rules, according to media reports.

Australia’s law intends to compensate publishers for the value their stories generate. At least 94% of online searches in Australia go through Google, according to the local competition regulator.

The pricing for content rule was introduced to parliament in December, but Google has been pushing back on the Australian code for months.

The harsh words from Prime Minister Morrison came after Google threatened to remove its search function in Australia if rules requiring news organizations to be compensated for content is passed.

Australia is on track to pass laws requiring companies like Google, Facebook and others that aggregate news from publishers to negotiate payments for their content. The inability to settle on a price will force Australia to appoint a government arbitrator to decide one for them.

Google said it is not opposed to paying publishers, but rather is opposed to some of the critical parts of the process such as forced payment.

In September, Google called Australia’s media code unfair and unworkable, suggesting that the law will not allow for fair negotiations.

Google even proposed its own changes to help resolve the challenges and explained in detail one of its biggest concerns, "the highly unusual, largely untested, one-sided arbitration system that would determine commercial arrangements between Google and news companies," Mel Silva, vice president of Google Australia & New Zealand, wrote in a blog post. 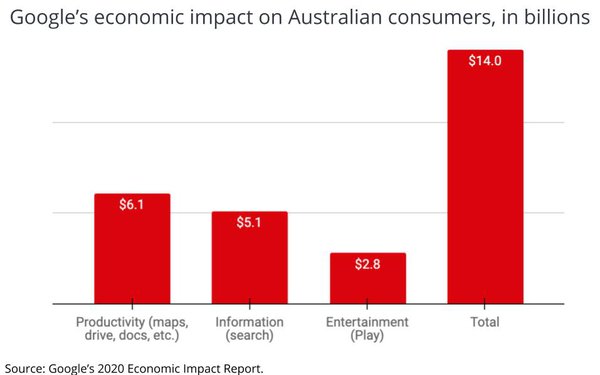