Helix: A D2C Uncovers the ROI of CRM and LTV 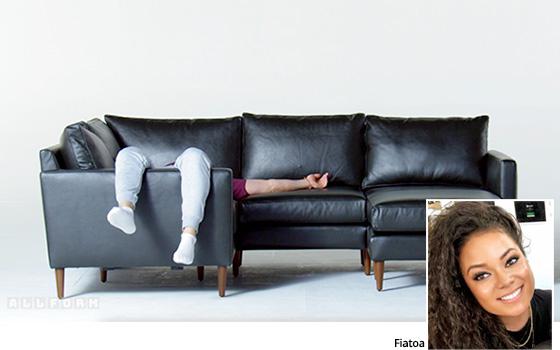 Enough acronyms for you? The D2C world loves them. Who has time for words when you are “disrupting” the brand industrial complex? But as many of these upstart startups run up against more cluttered markets and soaring customer acquisition costs, increasing customer lifetime value (LTV) is the next natural path for growth.

Helix Sleep has refocused a lot of its data-driven strategy to LTV and launched several new brands, among them the AllForm sofas. Director of CRM at Helix, Laur Fiatoa, tells us how emphasizing an LTV strategy for growth involves changes to messaging, the channels you use, and even the internal “data culture” that drives it all.

MP: How does moving focus towards deepening LTV rather then sheer customer acquisition growth change the overall data strategy?

Fiatoa: Data is informed into multiple decisions in the business. So, obviously, on the marketing side we're using a very performance-driven methodology to understand what's incremental, what is going to be profitable in the long term. But that data culture extends to product, and ops, and our dev team.

And everyone's really looking at how they can help take us to the next level, expand our tier of where we're able to function, and that is how we're truly able to scale up multiple brands in I'd say two years. So that's kind of what I mean by data culture, that everyone is really invested and able to understand and impact the bottom line.

The way we're collecting data has definitely shifted over time. Prior to this LTV conversation, each individual channel for marketing had its own ROI as target based on how it impacted the holistic bottom line. That level of data is very different than an LTV cross-brand view, because each of these very data sets don't need to be married together.

So, in that sense, previously we were looking at individual data sets in their own silos within a channel. And now we're transitioning to a data management that is married on a fundamental customer level across all different channels, across multiple departments, and being able to use ETL tools to really clean the data and extrapolate true and comprehensive insights for our broader brands.

MP: I'm curious about the crossover effect in branding of the AllForm sofa. Why sofas and why not just use the more familiar Helix band?

Fiatoa: So part of the reason why we looked at sofa, specifically, is because we noticed that there was a real opening in the market. If you look at mattresses, the CPAs, CPCs are just so high, there's a ton of competition; you're playing in a space that is one of the older verticals for D2C.

And I think there are really key players in the sofa space, but as a whole, it's still maturing to the level that mattress is right now. With that, there's a lot left on the table for us to be able to kind of capture and really optimize against. And by creating a standalone brand, you're not just playing bets for one brand growth vertically, but you're also playing a lateral play, so you're able to see them all as individual opportunities that have kind of an umbrella effect over the parent company.

MP: So what are the most effective channels that you've been developing for enhancing LTV so far?

Fiatoa: Right now we're able to really effectively communicate the value of cross-sell within our email channels. That is partially because we have a customer set that's bought in. They trust our product, and with that brand affinity, emails are a really good way to communicate that we apply that same logic and science to how we look at sofas. We have a pretty extensive cross-sell strategy for our messaging channels.

And then I think the second biggest place that we're really able to take that type of authenticity from brand to brand is through podcast. When the host says that they sleep on Helix and they love it, and then the mattress company that they loved also started a sofa company, it's an easier sell.

MP: What messaging worked in these channels?

Fiatoa: One of the things that really hit home for the Helix customer about AllFor was that in the same way that we were able to customize and fit you to your best mattress that you already love, we can very easily create a sofa with that same concept. Bed-in-a-box has been around for some time, but the idea of receiving an art piece of furniture in a box, for the sofa space, it's still a newer concept. And so the messaging is specifically around the understanding that you can bring that customization into the living room.

MP: You've been working SMS messaging. Where does that channel figure into the CRM and LTV context?

Fiatoa: With SMS, specifically, we were able to consistently run instrumentality tests in the backend, and it became equal, if not slightly higher, conversion rate than our email program. I think that was surprising to a lot of people. So I think that the learnings that we were able to generate really shifted our focus to seeing SMS as a complementary product for [our] email program, to seeing it as a parallel message channel for us to connect with our customers in a very different way.

MP: When and where will I as a customer of Helix encounter an SMS message?

Fiatoa: So right now, it very closely mirrors your standard email campaign. We have a welcome series. We have abandonment series for onsite. And then cart series as well. So a lot of those learnings we were able to gain in an email program over five years of testing were easily applied to our SMS program.

The area where we were able to really see the differentiation between the two is the actual messaging. For example, there's certain ways that you can position the subject line that will obviously garner a really high open rate, like using brackets or capital letters. And that kind of testing has been done for us over month-to-month and high seasonal periods.

But as we found through testing on SMS, it does not have the same conversion rate for using that in the copy of the text message. So we’re looking at more of a conversational message and really being native to the space. So that's kind of where we're able to start to see SMS as not just like a piggyback on our email program, but really looking at it as, okay, this is a standalone channel for us, and it's generating a ton of revenue where we're able to validate the data. So the copy that we use is specifically looking at talking to someone like you would in a text message.

MP: How has the pandemic impacted CRM and thinking about lifetime value?

Fiatoa: Specifically looking at the impact of shipping delays, that was a major pain point for a lot of D2Cs. I think that customers, while they understand, and I think that they are respectful of the fact that everyone's experiencing these delays, they’re also conditioned to the Amazon Prime mentality where they expect to get things within five days.

So for us, [we're] using CRM, not just as a blast promo push type of channel. We really used it to communicate with our customers in a more one-to-one type of way. We reached out and we told them, listen, we are experiencing very bad delays across the board, and we're doing everything we can to protect people who work in our  warehouses and new people who are building your mattress by hand.

So with that sense, to create that ethos of we're all in this together, email was specifically instrumental in being that channel where we were able to connect with them directly at scale. I think we learned it's not just about managing expectations but also massaging expectations.

Because while you might change something on site, someone that made a purchase might not come back. And if they're not coming back, they're not going to see that the shipping window has changed or that they're included in the change of the shipping window. So really actively trying to communicate that before they reach out to the CX team was a big part of our strategy, and that was purely born of the pandemic.

I think that the other thing that we learned is just flexibility. When you have someone that is a brick-and-mortar shopper, transitioning them to buy an expensive product online is a really unique experience for them, and they have to be communicated to in an entirely different way. There's a level of sensitivity around, am I really going to get the product, does it really come in a box? And I think that we had to kind of shift how we spoke to these newer ecommerce purchasers.

MP: I have heard this from D2Cs in particular during the pandemic, that they had to learn to speak to newer ecommerce customers outside their core.

MP: Yes, exactly. And I think that the brands that were able to recognize that and adjust in a way were the ones that really stood out. [The] March, April, May period, when things were really kind of hitting the fan before the summer started, I think that was a really prime example of the flexibility of a D2C, of any startup ecommerce company, being able to react in a way that larger companies had a bit more difficulty doing.

MP: What do you think was the most effective thing that you did in capturing that newer less digital-savvy customer?

Fiatoa: Honestly, I'd have to say our customer service team. I think that day we were seeing inbound tickets at a level that we've never seen before. And those are not just individuals that are just wondering about mattresses, these are true leads. So looking at our customer service team as an extension of our CRM team in the true CRM customer aspect of it, I think was critical. And creating that kind of cross-team functionality helped us to mitigate a lot of these people who were used to the ecommerce space.