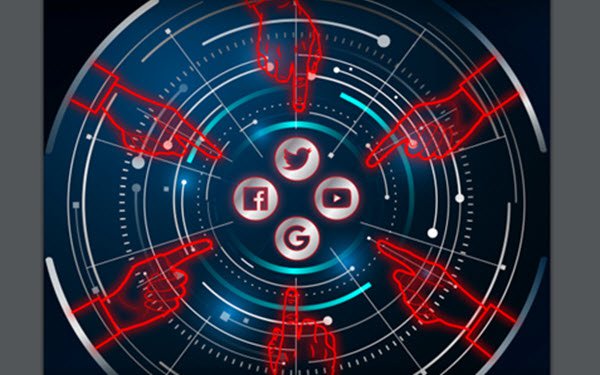 Despite claims by former President Trump and right-wing supporters, social media platforms don’t discriminate against conservative users or content, according to a new report by New York University’s Stern Center for Business and Human Rights.

The report also recommends amending, rather than repealing, Section 230, and creating a dedicated digital regulatory agency.

Based on a detailed analysis of recent years’ events and available data on social platform engagement patterns, the report concludes that social media companies are not systematically biased against conservatives in their content moderation practices, and do not suppress conservative users.

“If engagement is a rough proxy for popularity, then the right wing is holding its own, according to data from CrowdTangle, the Facebook analytics tool,” says the report, which lays out available stats and various sources’ analyses of them in some detail. “On most days, right-leaning U.S. Facebook pages dominate the list of sources producing the most-engaged with posts containing links.”

In light of recent developments like the Capitol riot, which was largely organized and amplified online, it finds that the platforms’ decisions to label and remove certain posts and users — including Trump — “fell well within their policies against inciting violence, while preserving space for conservatives to communicate and be heard online.”

The broad conservative-side campaign now underway that contends that conservatives are being “silenced” is simply “not supported by the facts,” says Paul Barrett, a disinformation and content moderation researcher who co-authored the report with research fellow Grant Sims.

Based on their analysis, the researchers recommend that the Biden administration work with legislators and the tech companies to pursue “a broad-based reform agenda and responsible regulation.”

This would include amending, rather than repealing, Section 230, which shields online publishers/platforms from legal liability for content posted online. The protection should be conditioned on the platforms’ “adopting responsible content moderation policies,” they say.

Further, they recommend the creation of a new digital regulatory agency that would be responsible for enforcing an updated Section 230, among other responsibilities. Alternately, Congress could give expanded authority and resources to the Federal Trade Commission or Federal Communications Commission to oversee social media companies.

Recommendations for the social platforms include providing more information to users and the public as to why they remove certain content and users; letting users customize their content moderation algorithms to choose the degree of filtering they want applied to their social media feeds; and hiring more human moderators for the accounts of politicians and other high-profile users, to vet and, if necessary, remove, posts that violate their community standards.