Spotlight On Tobacco: Cigarette Sales Up In Pandemic, Vaping Declines 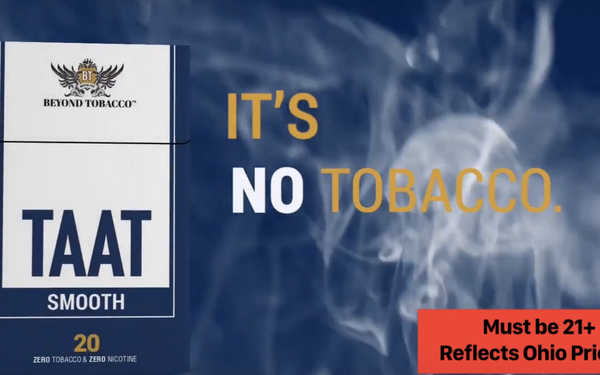 A shift back to cigarettes during the pandemic has paused a long sales decline, while posing more headwinds for the already challenged e-cigarette category.

How long the bottoming of cigarette sales will continue is anyone’s guess, because it’s dependent on many variables—a condition with which all CPG brands can identify.

Given user demographics, economics—including a contemplated rise in the minimum wage to $15 over the next several years—will play a role in whether cigarettes return to what had been a decades-long decline.

She cited government survey data indicating that incidence of cigarette use is 21.4% for people with household incomes below $35,000, compared to 7.1% for those making $100k or more.

Meanwhile, Altria estimates that sales volume of what it terms “e-vapor” products declined by 10% during its recently ended fiscal year.

In addition to lingering questions about the lung ailments tied to vaping that swept the country in 2019, government strictures continue to muddy the marketplace.

A year ago this month, the U.S. Food and Drug Administration restricted the use of flavors in cartridge-based e-cigarettes out of concern for their appeal to youths. Vape distribution will be further hampered by the the recent federal stimulus package banning the United States Postal Service from delivering vape products.

Two years ago, Altria partnered with Helix Innovations to sell the on! brand of nicotine pouches. Distribution of on! increased by nearly 40% during the fourth quarter—to some 78,000 stores, according to the company.

Altria’s main focus continues to be the non-combustible delivery of nicotine via devices like the IQOS tobacco-heating system and Marlboro HeatSticks. Early marketing involves educating the public about these devices’ FDA classification as Modified Risk Tobacco Products amid skepticism in some quarters about their overall health value.

In this video, a Philip Morris International executive says that while the company has stuck to “facts and data” it is “often faced with well-funded but ill-founded organizations who allow disinformation to appear as legitimate science.”

He does not cite a specific organization.

Makers of the Taat brand of hemp cigarettes—which recently launched in Ohio—are dealing with education of a different sort, given the product’s positioning as helping people kick nicotine altogether as opposed to ingesting it in different ways.

To introduce the brand, last month Taat launched a 60-day, digital OOH campaign on 10,442 gas pump screens at 1,087 gas stations across Ohio. Targeted at current smokers ages 21+, a video directs viewers to a landing page to request a free sample.

“Based on traffic to the TryTaat website and continued reports of in-store requests for Taat, we consider this campaign to be a success so far as part of our launch in Ohio,” Taat Lifestyle and Wellness LLC CEO Setti Coscarella tells Marketing Daily.