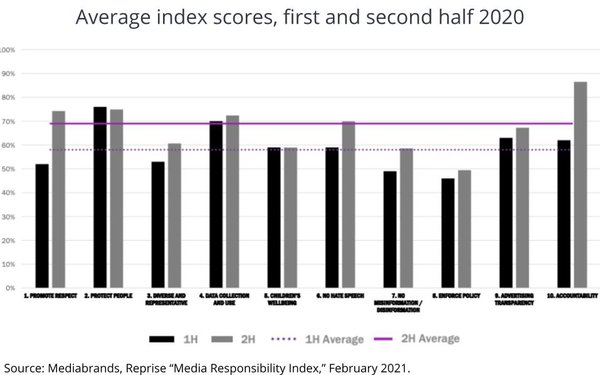 The data (delineated above) measuring the relative index values for social media platforms during the first and second halves of 2020 for ten key areas of responsibility, showed some average improvement for all areas except two: protecting people, and children's wellbeing.

Mediabrands, which launched the index -- powered by its Reprise unit -- in August, also said it has received two important industry stamps of approval: adoption by U.S. ad trade association the 4As; and an endorsement from the World Federation of Advertisers' GARM (Global Alliance for Responsible Media).