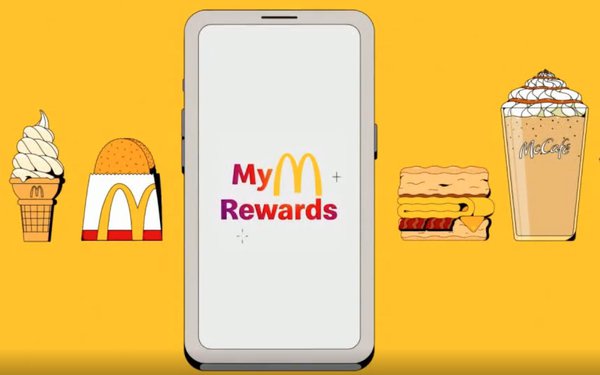 As Burger King and McDonald’s gradually roll out loyalty programs, engaging with them through third-party delivery services is not on either chain’s menu.

The MyMcDonald’s rewards program—being tested in New England following trials in Arizona and Nevada—only lets diners accrue points if they use the McDonald’s app.

In tests in Los Angeles, Long Island, Miami, New Jersey and New York City, users of Burger King’s Royal Perks earn 10 “crowns” for every dollar they spend, but only via the chain’s website or app.

The rollouts come as QSRs enter another year of having to juggle the tradeoff between direct data relationships with customers and generating lower-margin orders through entities like Grubhub.

The biggest unknown is the economy and its continued impact on budgets and dining habits.

McDonald’s says it does consumer tracking on a monthly basis and “what we're seeing right now is that concern for economic uncertainty is by far the single biggest concern that exists with our consumers,” the chain’s president and CEO, Chris Kempczinski, told financial analysts last month.

In the United States, some 900 out of 14,000 McDonald’s restaurants are part of the loyalty program test, with a launch planned for “later in 2021.”

Among the rewards included in Burger King’s Royal Perks are free items across the entire menu; upsizing a drink, fries, or hash browns free each day for those who frequent Burger King daily; and earning double “crowns” during a user's birthday month.

Toward the end of Burger King’s news release about Royal Perks is a clue: “Throughout the year, we plan to expand availability to all markets and add even more innovative features like third-party rewards and more.”

Asked why McDonald’s isn’t including third-party delivery for tests of MyMcDonald’s, a rep said the chain has no comment.

According to the National Restaurant Association, two-thirds of consumers say that they prefer ordering directly from a restaurant.

A recent survey of 2,096 U.S. adults by PYMNTS and Paytronix found that consumers spent a collective $290 billion on food orders from QSRs in 2020. Of that, $171 billion—59%—was spent on online takeout or delivery.