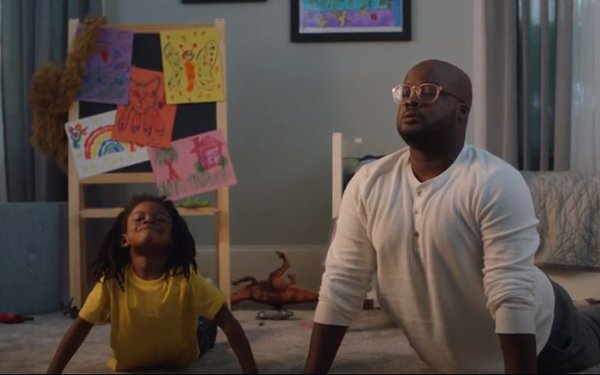 Chemistry is using the month to launch a year-long social series, “Generation Now: Real Answers with Alchemy'' to highlight intersectionality and inclusion within the agency. The social series, developed by the agency's DEI unit, Alchemy, asks questions like, "How can I advocate for diversity in the advertising industry as a rookie?" to provide insight into what it’s like being Black or a person of color as well as other underrepresented groups, such as LGBTQ+ and females.

In addition, the agency’s “Off the Rails” series will welcome Jazmyn Burrell, senior creative strategist at Snapchat to discuss the use of the Ebonics language in the ad industry on Thursday, February 25.

Chemistry is inviting team members to participate in the “Traveling While Black” virtual reality experience. The 20-minute film is available in both Atlanta and Pittsburgh offices for the remainder of February. Despite the ongoing pandemic, the team decided this particular storytelling wouldn’t be the same remotely so they’ve created a COVID-safe space for employees to view this content. After viewing the 360-video, viewers are asked to answer a few short survey questions using a QR code displayed. These responses will be used to guide a discussion at a later date.

Burrell Communications Group is celebrating its 50th anniversary as a multicultural agency with the “50 Acts of Kindness” community initiative to help support local organizations.
The Agency's first "act of kindness" will be a donation to the homeless center Primo Center. The initiative will also support groups such as 100 Black Men and My Block, My Hood, My City, as well as faith-based organizations and Chicago-based food banks, among others.

RAPP’s ReLearn program will host “Frequently Black Questions” to invite 5-6 RAPPers from around the network to respond and react to questions and issues submitted anonymously.

RAPP will then be stitching the answers together to create a single ReLearn guide. Questions will include “How have your actions, life and world perspective changed, since the racial awakening this past summer?”

The agency is also holding the “Black Reality Briefing” panel on February 24 with marketing leaders discussing ways to accelerate progress within the industry toward racial equity. As a part of RAPP’s Black Reality Month, leaders are seeking clients and partners to participate in these talks.

Black-owned Elite Media is releasing two films that recognize Black Humanity as a legacy worth protecting to mark BHM. The unscripted film stars a real-life dad, Glen Henry and his young son, Theo in a storyline to position unfettered Black happiness as an act of resistance. Actress Phylicia Rashad serves as the narrator. The work is shared via a partnership with American Family Insurance.

Online marketplace Artsy is also focusing on positive Black images through an alliance with Outfront Media for the “Portrayals of Black Joy by Today’s Emerging Artists” activation. The series features emerging Black artists, such as Derrick Adams and Kay Hickman and their work depicting joyful moments in Black culture.

The signage will be displayed across New York City’s MTA transit system, and will also run across transit systems nationwide in cities including Boston, San Francisco, Atlanta, Santa Clara, and Washington, D.C.

Eko is recognizing inventor and computer engineer Mark Dean with an internal session to raise awareness about his contributions to the technology sector followed by a Black History-themed Trivia activity in which the winning team will have the opportunity to donate the proceeds to a relevant charity or organization of their choice.

This year all of the employee resource groups across GroupM are coming together to collaborate on various events. For instance, Melanin which is Wavemaker’s employee resource group for Black/LatinX employees is working alongside Mediacom’s FUBU for a virtual shopping experience on February 22. This marketplace event will showcase Black entrepreneurs involved with the Official Black Wall Street organization.