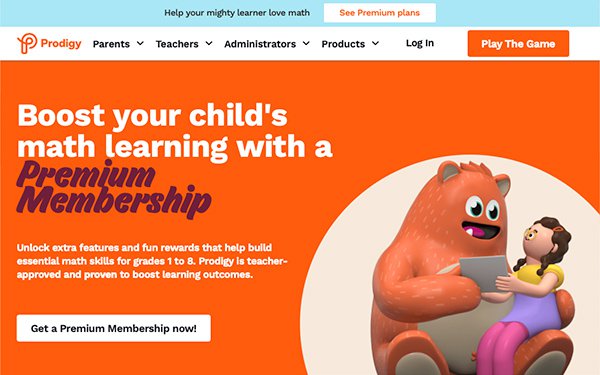 Prodigy Education dupes people by representing that its popular online math game is free, but bombarding young users with ads for a paid version that costs up to $107 a year, advocacy groups allege in a new Federal Trade Commission complaint.

“Prodigy Education’s bait-and-switch tactics not only deceive educators into assigning a platform that puts enormous commercial pressure on families, but also create a new form of inequality in classrooms,” the Campaign for a Commercial-Free Childhood, Center for Digital Democracy, Consumer Federation of America, Public Citizen and more than a dozen other watchdogs allege.

The groups are asking the FTC to investigate the company, and prohibit it from “making deceptive claims or manipulative design” to promote its use and sell paid memberships.

“Most educators would not choose to subject children to relentless commercial pressure, nor assign a product that places a significant financial burden on families,” the organizations write in their 21-page complaint.

Prodigy, aimed at students between the ages of 6 and 14, presents players with math questions in the context of a fantasy game that involves answering questions in order to advance.

As students play the game, they have the opportunity to “purchase” virtual items using Prodigy currency -- which can be earned through game-playing, or purchased with a membership. The Ontario-based company sells those memberships for $59.88 a year, or $107.40, if paid monthly.

“Many of the most interesting and/or desirable items are only available to Premium members, regardless of how much currency a player has earned, and non-members are often shown items that they cannot access unless they purchase the membership,” the advocacy groups write.

The organizations also say students who purchase the game have different experiences than those with free accounts -- partly because students with paid memberships who play the game at home “do not see the relentless advertising.”