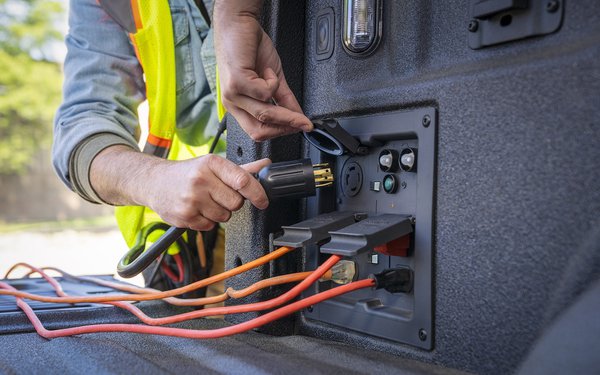 Winter Storms Uri and Viola wreaked havoc across much of the country last week, with Southern states being particularly hard hit.

Some companies have stepped up to offer assistance in the form of material or monetary donations.

Ford Motor Co. sent letters to its Texas dealers on Thursday encouraging them to loan out F-150 pickup trucks with a built-in generator option for emergency purposes.

About 415 trucks fall within this effort. The automaker is increasing the loaner fee paid to dealers by $600 to help incentivize them. The minimally used trucks can still be sold to customers as part of a March Truck Month promotion.

The vehicle’s usefulness in an emergency has piqued the interest of consumers. There was an 18% spike in online searches for the F-150 by late Thursday, Ford told the Detroit Free Press.

The founder of another automaker, Elon Musk, tweeted that Tesla and SpaceX are "providing direct assistance where feasible.” Musk told his Twitter followers to let his companies know how else they can help.

The business magnate recently moved to Texas from California and is building a new Tesla factory in Austin. Separately, a Musk tweet criticized Texas for a statewide blackout. Musk tweeted that Texas’ power grid manager, the Electricity Reliability Council of Texas (ERCOT), is not earning the “R” in its acronym.

Several retailers have stepped up with cash and in-kind product donations.

Walmart, Sam’s Club and the Walmart Foundation are committing up to $1 million to help with response efforts.

Walmart also has dedicated emergency support teams helping stores get much needed supplies and products in stock and on shelves as quickly as possible.

Lowe’s is helping with a $250,000 donation to American Red Cross disaster relief. The donation will allow the Red Cross to provide shelter, food, relief supplies, emotional support and other assistance.

Home Depot tweeted that it is working with Dallas city officials to donate generators to vulnerable seniors and families while assessing additional relief and supply needs.

Singer Beyonce’s nonprofit, BeyGood, teamed up with Adidas and Bread of Life to give up to $1,000 to those suffering as a result of the winter storms, according to Beyonce’s official website. Registration for the first round of relief has closed and applications that have been received are being reviewed for immediate assistance.