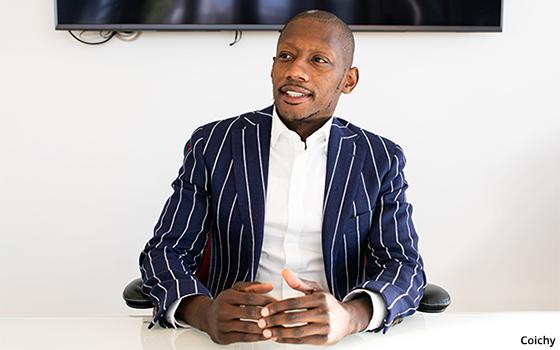 Pod Digital Media (PDM) is making it easier for advertisers to directly engage with multicultural audiences by releasing what the company calls the first app to only feature shows hosted by podcasters of color.

More than 400 multicultural podcasts will appear in the app, including Pod Digital Media exclusive shows: “Head in the Game,” by writer Rob Hill, Sr; “C’Mon Son,” featuring “Yo! MTV Raps’” personality Ed Lover; “Switch, Pivot or Quit,” hosted by Ahyiana Angel; Takeo Spike’s “Behind the Mask;” and “Ebro in the Morning” with Ebro Darden, Peter Rosenberg, and Laura Stylez.

Advertisers are able to sponsor one show or reach across dozens of categories, including sports, news, or health/wellness.

PDM is founded by longtime agency veteran Gary Coichy who developed this app platform fueled by his understanding of the needs of agencies when seeking media buys.

For the past three years, PDM has assembled a roster of more than 400 multicultural podcasts. But Coichy states there wasn't really a way to see and access these shows all in one place. Now, this app will allow advertisers to find, listen and advertise across a large inventory in one place.

In addition, both advertisers and podcasters are able to receive detailed insights about the show’s audience including time spent listening, where listeners dropped off, in addition to their location, time zone, and gender. These metrics also feed into programmatic ads advertisers may run via pre-rolls and takeovers in the app, enabling podcasters to explore other opportunities to integrate their brand into the programming.

“We’re excited to champion the first, only and largest platform for advertisers that want to directly engage the buying power of multicultural podcast listeners,” says Coichy, CEO and head of partnerships. PDM. “Anyone can discover a new podcast, find Black voices to support and discover the full power and range of multicultural podcasters and audiences and their interests.”