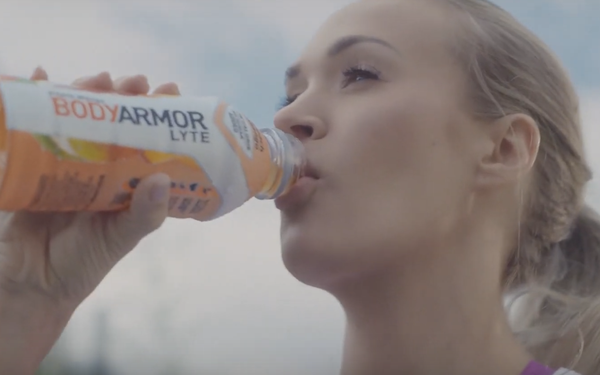 Will 2021 be the year in which the term “caffeine-free” becomes “we don’t charge extra for caffeine because it’s in every beverage we sell”?

The question takes on particular relevance against the backdrop of the battle between The Coca-Cola Co., which wants to acquire a controlling interest in the red-hot Bodyarmor sports drink brand, and PepsiCo Inc.—particularly in the burgeoning, caffeine-fueled energy drink sector.

As first reported by Beverage Digest, Coca-Cola informed the Federal Trade Commission last Friday that it wants to acquire a controlling stake in Bodyarmor.

In a statement to BevNET, Bodyarmor co-founder and chairman Mike Repole said that Coca-Cola buying a controlling stake in Bodyarmor “is a distinct possibility” but added that reports about the possible transaction are “premature” given “other potential options” for the company’s future.

Coca-Cola acquired a 15% interest in Bodyarmor in 2018, giving the latter access to Coca-Cola’s vast bottling system. Keurig Dr Pepper also has 12.5% minority stake in Bodyarmor, according to BevNET.

Bodyarmor had a banner year in 2020, according to data from IRI showing a 44% increase in the brand’s retail sales in the 52 weeks ended Dec. 1. It was the #3 fastest-growing of all CPG brands in 2020 among the Gen Z, Millennial and GenX age cohorts.

In an interview last month, Bodyarmor vice president of marketing Michael Fedele told Marketing Daily that the brand was on track to become the #2 sports drink in 2021 by moving ahead of Coca-Cola’s Powerade. PepsiCo’s Gatorade remains #1.

Bodyarmor recently added Bodyarmor Lyte (with a spot featuring Carrie Underwood, shown above), and caffeine-infused Bodyarmor Edge to its portfolio.

According to Innova Market Insights, the compound annual growth rate in new U.S. energy drink product launches expanded by 32.7% from 2017 to 2020.

“What makes this remarkable is that if you look at innovation across all food and beverage categories in the USA over the same time period, launches grew at a compound annual growth rate of less than 1%,” Innova vice president strategic insights North America Tom Vierhile tells Marketing Daily.

In January of 2020, Coca-Cola North America saw an opportunity to attract more buyers of energy drinks with the launch of Coke Energy. However, the onset of Covid-19 and its impact on off-premises beverage consumption and store traffic did not bode well for the brand.

Still, “So we've got reasons to think that we should double-down again in 2021” Coke Energy despite "the challenges,” Coca-Cola chairman and chief executive officer James Quincey told financial analysts on Feb. 21.

The pandemic’s impact on distribution also complicated PepsiCo’s increased focus on energy drinks following the March 2020 announcement of its nearly $4 billion deal to acquire Rockstar Energy. It’s since been boosting Rockstar’s presence within the PepsiCo supply chain in what PepsiCo describes as a relaunch of the brand.

Also last March, PepsiCo entered a deal to be the exclusive distribution partner for Bang Energy through October of 2023. That relationship went downhill quickly, with Bang announcing in November that it had “fired” PepsiCo because it claimed PepsiCo had not performed to expectations.

On Feb. 11, PepsiCo chairman and CEO Ramon Laguarta was asked during an earnings presentation by Laurent Grandet of Guggenheim Securities to sort things out on the energy drinks front.

Laguarta described Rockstar as “our core energy kind of mainstream proposition” and “the first pillar.”

He added that PepsiCo was “surprised” by Bang’s termination notice, given “very good” distribution performance metrics by PepsiCo.

“But at the end of the day, we plan to continue being the distributor of Bang until October '23, and we're going to do our best to make that brand well distributed,” Laguarta said.

This year also will see the entry of PepsiCo’s Mtn Dew into energy drinks.

“It will be the first move of Mountain Dew, and there will be future moves as well from Mountain Dew into the energy space,” said Laguarta.

As for Gatorade, the brand sees opportunity in “personalized solutions for athletes and kind of amateur athletes in areas like hydration and nutrition” so to as to create “a full ecosystem of engagement with the consumer.”

Asked on Feb. 11 by Stephen Powers of Deutsche Bank whether the company is “increasingly positioning” PepsiCo’s Bolt24 sports drink “to play in” the energy drinks area, PepsiCo executives did not respond.