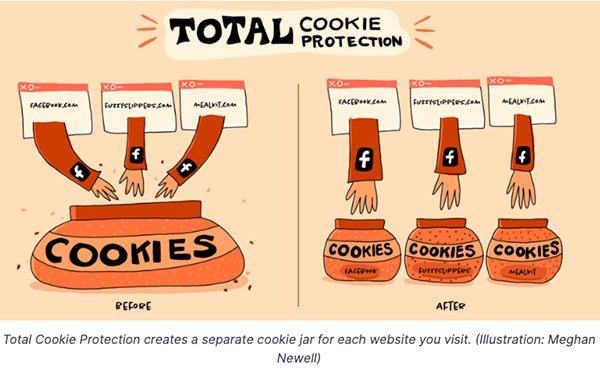 Firefox has blocked some cookies used by ad-tech companies for years, but does so based on data from privacy software company Disconnect.

“This form of cookie blocking is an effective approach to stop tracking, but it has its limitations.” Johann Hofmann and Tim Huang write on the developer blog Mozilla Hacks.

They say the current approach blocks cookies from 3,000 of the “most common and pervasive” known trackers, but add that it's difficult to ensure that list is always current.

“Trackers can try to circumvent the list by registering new domain names. Additionally, identifying trackers is a time-consuming task and commonly adds a delay on a scale of months before a new tracking domain is added to the list,” they write.

The new anti-tracking tool is available to people who use the “strict” mode of Firefox's tracking prevention setting.

Mozilla says the new feature, combined with the most recent efforts against supercookie tracking, will eliminate “the most pervasive cross-site tracking technique.”

Google has said it plans to phase out tracking cookies by next year.