TV Gets Plus-Sized As Paramount+ Launches Next Week 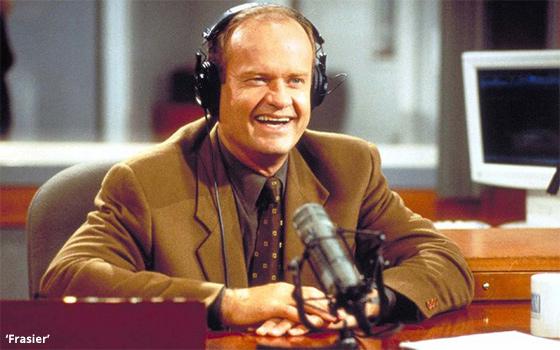 As readers of this column well know, the TV Blog hates to rain on anyone’s parade.

Nevertheless, in the interest of honesty, I feel I must share with you my first thought when reading through a voluminous press release yesterday issued by ViacomCBS.

The thought was a sudden memory of a cherished publication from my early-’70s boyhood -- the special issue or issues that Mad magazine would put out one or more times a year that often carried the hilarious, self-deprecating headline “More Trash from Mad.”

The document that elicited this reaction was the official and quite epic pre-launch news release detailing the many offerings that will be on the content menu next week (on Thursday, March 4, to be exact) when ViacomCBS stages the U.S. launch of its new company-wide subscription streaming service known as Paramount+.

I suppose my mind was making a connection between the “more trash” phrase and this ViacomCBS content announcement because so much of what the company has in store for Paramount+ seemed, at least on the face of it, predictable and old hat.

To be clear here, it is not “trash,” although some might conclude that at least some of what the company is promoting is, at the very least, trash-y.

For example, one of the projects for which there has been no discernible groundswell of interest is the “Untitled Beavis & Butt-head Movie.”

Another is a revival of an old VH-1 reality show, “Dating Naked,” in which the participants go on dates with no clothes on. The reappearance of this show is a minus, not a plus (as in Paramount+).

Revivals or continuations of shows are a big part of the content plans for Paramount+. The one making the most headlines is the plan to bring back Kelsey Grammer, 66, in a new “Frasier” (pictured above from the old show). This news was so momentous that ViacomCBS gave it a separate press release all its own.

There was no word on whether any of the old show’s still-living cast members will be a part of this new “Frasier” (David Hyde Pierce, Jane Leeves, Peri Gilpin, Dan Butler and Bebe Neuwirth come to mind).

Their absence from this week’s press announcement gives a hint that this new “Frasier” project is not very far along in its development. How much do you want to bet it will never happen?

The only other Paramount+ show highlighted by its own press release this week was a planned continuation of the TV Land sitcom called “Younger.”

A seventh and final season of this show was apparently already in the works, but now it will be seen first on Paramount+ and later on TV Land.

This plan symbolizes the streaming-first strategy -- in which the care and feeding of a company’s streaming service is positioned as the company’s top priority above all other revenue-producing units -- that is rapidly transforming the TV business.

Other title brands being revived from the ViacomCBS universe for Paramount+ include “Yo! MTV Raps,” “Unplugged,” “Behind the Music,” “Rugrats,” “The Fairly OddParents,” “Dora the Explorer,” “iCarly” and “Criminal Minds.”

Like the other all-encompassing streaming services that are already up and running from the likes of Disney (Disney+), NBCUniversal (Peacock) and WarnerMedia (HBO Max), ViacomCBS is taking an all-in approach.

Basically, all content that is either under license or direct ownership by the company -- both past and present -- is fair game for inclusion and exploitation in this new venture.

As a matter of fact, when you consider everything that ViacomCBS has access to (content from CBS, Showtime, a slew of basic cable channels, Paramount movies, CBS News, live sports and more), there is no reason on Earth why this new service will not succeed on par with its rivals.

At its launch next week, Paramount+ will cost $9.99 a month for a premium subscription (meaning no ads). An ad-supported tier for $4.99 a month will become available in June, the company said.

The TV Blog wishes to re-emphasize that the Mad magazine memory referenced above was not meant to label the offerings on Paramount+ as trash.

But it is true that with this new streaming service and all the others already out there, TV is achieving a kind of tonnage of content that previous generations could not have imagined.

The new world of streaming as TV’s primary system of content distribution encompasses much of everything that has ever been produced for television (and subsequently preserved), everything that is currently in production, everything that will be produced in the future -- and added to all that, most of all the feature films that have ever been made.

And yet, some people will still tell you: I sat down to watch TV the other day, and I still could not find anything I wanted to watch.