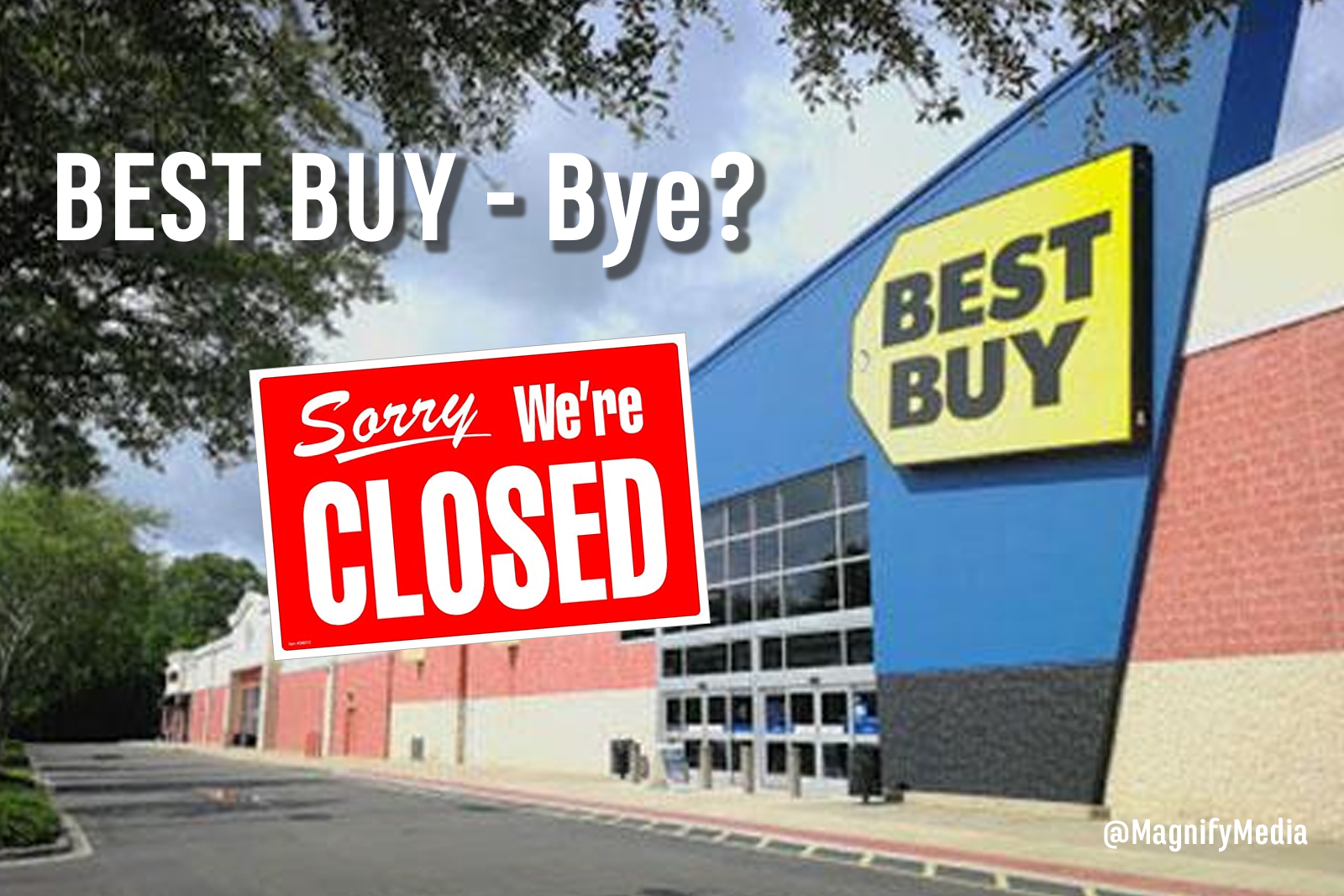 In his extraordinary book “The Innovator's Dilemma,” Clay Christensen made the case that when faced with game-changing innovation in the marketplace or by competitors, companies need to be willing to break from their historic business frame, even if that means losing short-term revenues to rebuild for long term success.

Example #1: Best Buy. Anyone who’s bought a consumer electronics product recently knows that buying from Amazon is better. The products are competitively priced, the delivery is clearly communicated and fast, returns are easy and cost-free.

Compare that to Best Buy. You walk into the store today, and they ask you to the lineup for a salesperson who will help you with your purchase.  They ask you to sign in on a tablet with your name and phone number. This is called “concierge service,” which was reportedly created as a response to COVID-19. It may be for contact tracing, but they don’t explain it that way.

And if they haven’t lost you at that point, the person they assign to you feels like they’re always upselling you. And to make matters worse, they don’t know more about the products than you do. That’s because you’ve been on the web and compared products and prices.

It wasn’t always this way. But for a very long time, Best Buy has known that Amazon was cleaning its clock. It tried a bunch of moves. The salespeople aren’t on commission, so theoretically they're not going to try and upsell you. Maybe that’s your experience, but certainly hasn’t been mine.

The other day, I was trying to buy an iPad. After a great call with someone at the Apple Store, it was clear they didn’t have stock either in stores near me or in time to ship to me. Somewhat reluctantly, the Apple rep said, “You could try Best Buy” and then told me he’d gone online, and they did appear to have stock.

So I called. First, my local store. After being on hold for 15 minutes, I hung up and called the main number, where a helpful person did the same web search I had just done and said he’d found one in New Jersey, many miles away, that I could buy online and pick up. No offer to ship it. And frankly, it didn’t sound like they’d hold it until I drove to Jersey. So, never mind. I’ll order from Apple when I get the chance.

Meanwhile, Best Buy just laid off 5,00 more employees and is closing stores. Best Buy’s excuse is that 40% of its sales are now online, up from 19% two years ago. This might be good news if we didn’t know that the 40% number is of a smaller total sales number. A bigger slice of a smaller pie. Not so good. The company has around 1,000 stores in the United States, and  450 of them have leases up for renewal in the next three years.

Now if CEO Corie Barry had read Christensen’s book, she’d know the company is playing a losing hand. Barry has said she’ll reduce selling space on the floor, and use the store retail space to fulfill more produce warehousing and shipping. So, as Amazon builds centralized, huge, robot-driven warehouses, Best Buy is going to compete by using expensive retail space to build warehouses. This is wrong on so many levels, I can’t waste the ink to list them here.

Amazon has been building an online delivery machine. I know about all the issues with Amazon and understand it’s far from perfect. But for Best Buy, Amazon has been coming for them with absolute clarity for a very long time, so this shouldn’t come as a surprise. And yet, as I was trying to buy a washing machine and dryer a few months ago, Best Buy sent me in crazy circles, changed the price, shifted the delivery date. So I purchased elsewhere.

Rather than recount my experience, let me link you to this blog post about the company’s predictably nightmarish customer service from Robert Farrington.

The battle between the store, the online retail experience, and the third-party shipping company isn’t surprising because it’s sadly predictable.

Here’s one more, a comment on a Best Buy story on Marketwatch:

From TP in Greenwood Indiana: “i go to best buy today to purchase a motherboard and a m.2 drive. ... i wait about 30 minutes. no one asks me anything. I see a guy wearing a Best Buy shirt. Sir can you let me purchase this behind a locked window? He says no he is not allowed. Doesn't even try to help resolved just walks off. So I see another guy and he says I am to check in on some computer? He has a key and would take literally 3 seconds to give me items to pay for at front counter. He refuses and says it would be inefficient. I speak to the store manager she says she can not unlock and I need to do what i am told and check in on some computer. So they want to go out of business. there was 20 plus workers in shirts and 10 customers in the store. IT is their own fault.”

Amazon is what Christensen calls disruptive innovation. And Best Buy should have seen it coming.