The Vape Landscape In Wake Of Lung Injury Outbreak 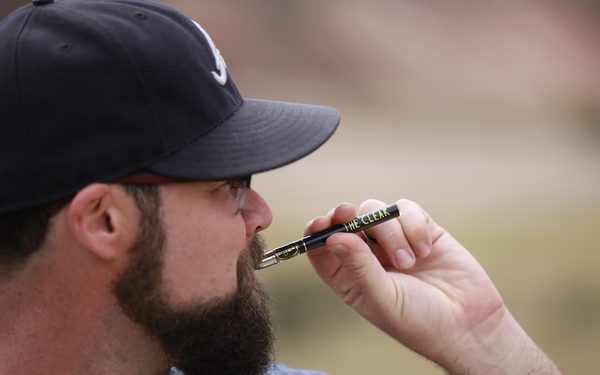 The latest was delivered this week by the Center for the Study of Drugs, Alcohol, Smoking & Health at the University of Michigan in Ann Arbor.

It indicated that teens are about twice as likely to report “wheezing or whistling” of the chest after vaping marijuana than after smoking cigarettes or using e-cigarettes.

“Without a doubt, cigarettes and e-cigarettes are unhealthy and not good for lungs,” the Center’s co-director, Carol Boyd, told CNN. “However, vaping marijuana appears even worse.”

Recall that in August of 2019, the U.S. Centers for Disease Control and Prevention first identified the severe lung infection EVALI. Since then, it’s largely been attributed to vitamin E acetate—which long had been added to some vaping liquids and, in particular, black-market products containing THC.

As a backdrop, let’s look at who vapes cannabis, CBD and/or tobacco, per the MRI-Simmons 2020 National Cannabis Study, which used the term "marijuana" instead of cannabis. It's a nationally representative sample of 5,000 U.S. adults fielded from Aug. 25 to Sept. 8 in collaboration with cannabis researchers Miner & Co. Studio.

At the time of the survey, 11.5% of adults vaped marijuana/CBD or tobacco—showing there is plenty of room for growth in the vape space. The highest percentage were those who vaped either CBD or marijuana, (7.71%) followed by marijuana (5.4%), tobacco (4.3%) and CBD (3.65%)

As a result of the EVALI crisis caused by harmful additives, legal THC vape brands “began increasing transparency and promoting the safety of their products,” Brightfield noted in a recent report.

Although vaping CBD is in a nascent stage, it’s already bearing some resemblance to what’s been happening in the larger CBD market. In other words, brands are running afoul of federal regulations by misrepresenting what CBD can do for humans and pets.

The U.S. Food and Drug Administration has already gone after companies for making unsupported claims about CBD delivered via vaping devices for chronic pain and other ailments.

Meanwhile, in December of last year, the Federal Trade Commission unveiled Operation CBDeceit to ramp up its oversight of companies making false or deceptive health claims about CBD. Most such claims involve CBD added to food.

At the time, the FTC had taken action against six sellers of CBD-containing products for making such scientifically unsupported claims as CBD’s ability to treat serious health conditions—including cancer, heart disease, hypertension and Alzheimer’s disease.

Under current FDA regulations, CBD—regardless of how it’s delivered—is considered an unapproved drug if it is marketed as being intended for use in the “diagnosis, cure, mitigation, treatment, or prevention of disease, and/or intended to affect the structure or any function of the body.”