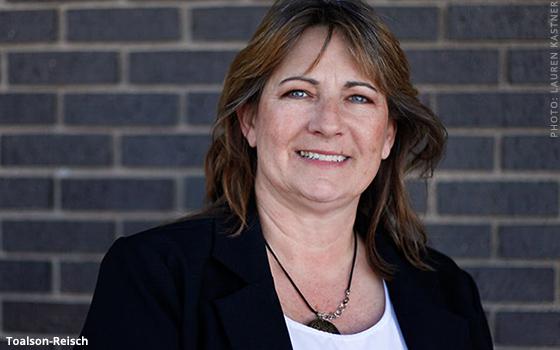 A federal appellate court has rejected Missouri resident Mike Campbell's request to reconsider his claim that his First Amendment rights were violated when state Rep. Cheri Toalson Reisch blocked him on Twitter.

The 8th Circuit Court of Appeals, which denied the petition last week, didn't give a reason for the move.

Campbell's lawyer, Andrew Hirth of Columbia, Missouri, tells MediaPost he will ask the Supreme Court to review the matter. Hirth says he plans to file a petition with that court by the first week in June.

The 8th Circuit is the third appellate court to address whether politicians violate the First Amendment by blocking constituents on social media.

In 2019, the 4th Circuit Court of Appeals said an official from Loudon County, Virginia violated a constituent's rights by briefly banning him on Facebook.

That same year, the 2nd Circuit Court of Appeals found that former President Donald Trump acted unconstitutionally when he blocked people on Twitter.

The Trump administration sought to appeal that decision to the Supreme Court, but he left office before the court said whether it would hear the case.

The dispute between Reisch and Campbell dates to June of 2018, when Reisch blocked Campbell after he retweeted someone else's criticism of the lawmaker.

Campbell then sued Reisch for allegedly violating the First Amendment by blocking a constituent in retaliation for political speech.

Reisch sought to have the case dismissed at an early stage, arguing her use of the account was personal, not official.

U.S. District Court Judge Brian Wimes in the Western District of Missouri rejected Reisch's argument, and allowed Campbell to proceed with his claims. Wimes noted in his ruling that Reisch's Twitter handle, @CheriMO44, referenced the district she represents, and that a photo associated with her Twitter account showed her on the floor of the Missouri state house. (Reisch appears to have deleted that account in February of 2019.)

Reisch then appealed to the 8th Circuit, which ruled 2-1 in her favor.

The two circuit judges in the majority -- Steven Colloton and Morris Arnold -- wrote that Reisch's account was “more akin to a campaign newsletter than to anything else,” and that she had the right “to select her audience and present her page as she sees fit.”

Their written opinion acknowledged that Reisch “occasionally” used the account to update constituents about legislation, but concluded that those tweets were a form of self-promotion “because they show voters that she was actively advancing her legislative agenda and fulfilling campaign promises.”

Circuit Judge Jane Kelly dissented, writing that she believed Reisch was acting as a public official when she blocked Campbell.

Kelly wrote that between January 2017 and February 2019, most of Reisch's tweets were about new laws, information about the state legislature, and her own official activities.

“In short, Reisch’s persistent invocation of her position as an elected official overwhelmed any implicit references one might perceive to her campaign or future political ambitions,” Kelly wrote.

Campbell's lawyers then sought review before the entire 8th Circuit, arguing that the decision in Reisch's favor could give other public officials a roadmap for circumventing the First Amendment by claiming their social media accounts were campaign related.