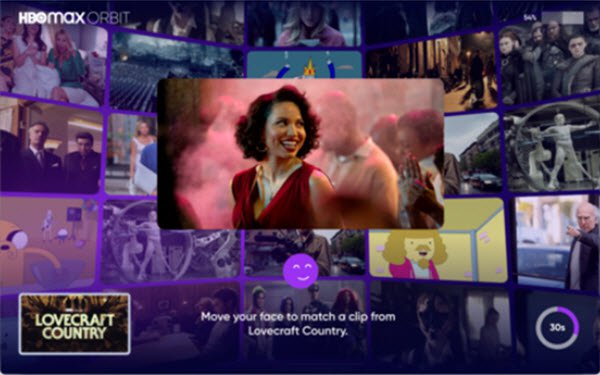 HBO Max will bow a machine-learning-driven interactive experience to showcase its content library — and upcoming movie “Godzilla vs. Kong” — during SXSW Online.

The HUSH-developed experience, dubbed Orbit, uses facial movements and voice prompts to allow audiences to explore and interact with characters and stories in clips from the HBO, Warner Bros., DC, Cartoon Network and other brands in the library in a “personalized, intuitive way,” according to WarnerMedia.

“The pandemic has forced brands from all sectors to reimagine experiential marketing and devise new ways to engage and delight users with content,” said HBO Max Senior Vice President, Brand Marketing Jason Mulderig. The cutting-edge Orbit tech will allow the platform to “create fun, meaningful connections with people from the comfort of their homes,” he added.

The technology — which employs a bespoke content ingestion pipeline that uses machine learning to process hundreds of terabytes of content to power the user experience — responds to users’ facial movements by surfacing, in real time, clips of HBO Max characters matching those movements.

Certain clips will also trigger “challenge mode,” which prompts users to move their faces to find clips that match a certain title on screen, or use their voices to speak a phrase from a specific show within a timed window. Successful completion of these challenges unlocks frames from exclusive clips.

In addition to more than 150,000 scenes clipped from archived HBO Max series and films, Orbit will feature interactive design elements from “Godzilla vs. Kong,” set to debut in the U.S. on March 31 on Max (for 31 days, at no additional charge to subscribers) and in movie theater.

On Orbit’s SXSW launch date, March 19, HBO Max will run a “flock to unlock” challenge to unlock a clip with never-before-seen scenes from the film.

The immersive location-based experience, developed by HBO Max and HUSH with the AT&T Retail Innovation team, will exist within a 360-degree chamber, integrated into the existing layout of the store and designed to optimize the feeling of a “vast audio-visual space,” according to WarnerMedia.

Within the digital environment, the user "will travel through time, genre, and digital space, as the underlying technology draws algorithmically connected — and often unexpected — connections between HBO Max properties,” the promotion promises.