Martin Agency, W+K Leaders Named To The One Club Board 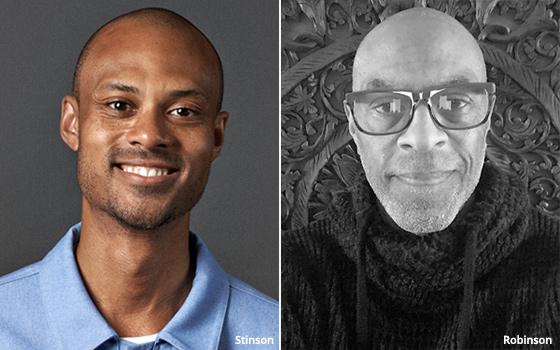 The One Club for Creativity is electing Danny Robinson, Chief Creative Officer, The Martin Agency, and Max Stinson, creative director, Wieden+Kennedy, as board directors to help lead the non-profit organization.

They will join board members, including Apple’s Nick Law and FCB’s Susan Credle, in providing input and feedback on the club’s many professional development, education, inclusion and diversity and gender-equality programs. They will also help connect the Club with advertising and design schools, and participate in nominating top creatives to serve on juries for The One Show and ADC Annual Awards, both currently open for entries.

"I was fresh out of school when I was first introduced to The One Show,” says Stinson, who has worked with brands like Nike, Dodge, Chrysler, Old Spice and Powerade.  “All I wanted back then was to create something that would be respected on that level. I am sincerely honored to be joining such a pillar of the ad community.”

Robinson and Stinson will begin their two-year terms effective at the club’s March 22 board meeting. Their nominations came from both The One Club membership and other board members.