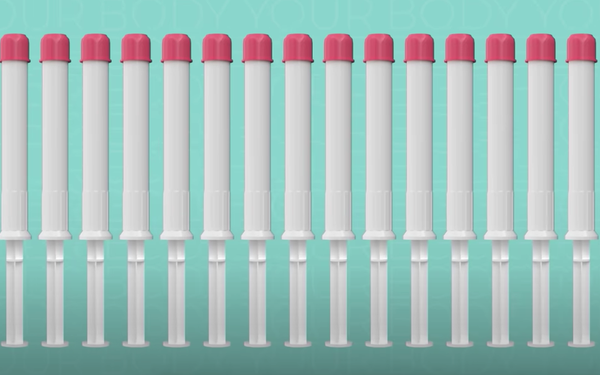 There might be a few less “pandemic babies” due to a D2C pharma campaign.

The DTC commercial created by McCann Heath New Jersey garnered over 173 million views in just the first three weeks following the campaign launch on Valentine's Day. To date, the 60-second spot has been viewed 5.3 million times on YouTube alone.

The campaign resulted in an increase in Phexxi total brand awareness at the end of February (8%) over January (4%), and also led to a 35-times increase in unpaid searches for "Phexxi" and a 180% increase in direct web traffic going to its website, according to the company.

Evofem reports a 73% increase in monthly ex-factory sales of Phexxi, a 30% increase over the prior month of Phexxi units dispensed, and total monthly prescriptions grew 32%.

The campaign highlights some of the struggles women face when choosing among the many available methods of contraception, whether it's the lack of control with condoms, constant daily use of the pill, or abstinence required for cycle tracking.

The characters featured in the tongue-in-cheek commercial represent the real-life drawbacks of other forms of birth control that Phexxi may help eliminate.

The number of healthcare providers prescribing Phexxi grew 25% in February 2021 versus the prior month.Over 300 telehealth appointments were booked, 100% of these were completed and Phexxi was prescribed and dispensed to 100% of these women.

"We expect this ongoing campaign will continue to be an important driver to advance the Phexxi uptake curve,” says Saundra Pelletier, chief executive officer of Evofem Biosciences, in a release.