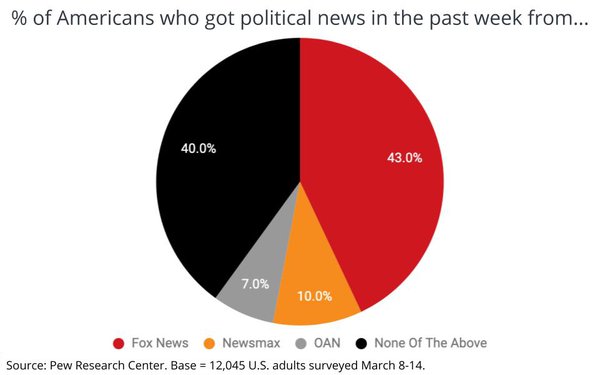 While Fox News Channel remains the dominant source for political news among Republicans, especially conservative ones, newer TV news rivals Newsmax and OAN (One America News) have made significant inroads.

According to findings of a new study released this morning by the Pew Research Center, 43% of Americans overall got news from Fox News in the past week, while only 10% got it from Newsmax and 7% got it from OAN.

But among Republican and/or Republican-leaning Americans, the percentages jump to 62% for Fox, 21% for Newsmax, and 14% for OAN.

Not surprisingly, the percentages jump even more among Republican respondents who identified themselves as conservative vs. moderate/liberal (see chart below).

The survey -- which was fielded among more than 12,000 U.S. adults earlier this month -- also found all three conservative news channels index highest among men, especially older and non-college-educated ones. 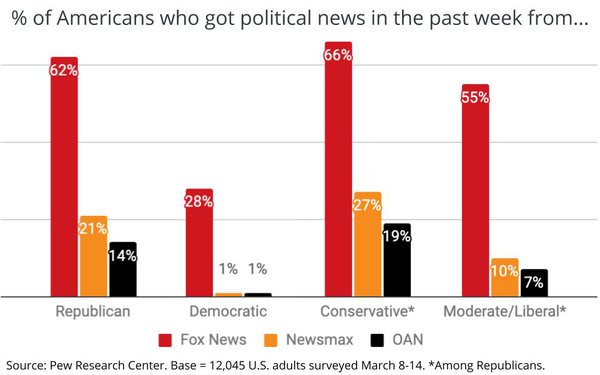