Justice Department Sides With YouTube In Fight Over Section 230 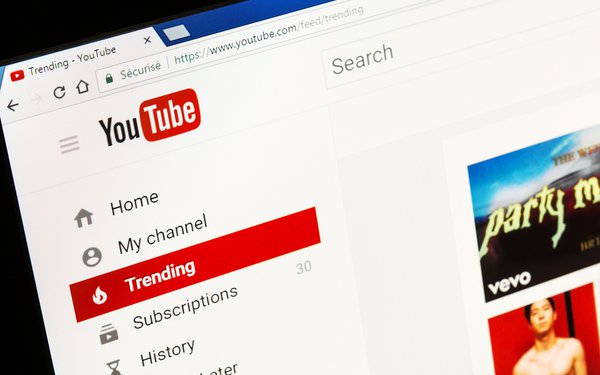 Siding with YouTube, the Biden administration is urging a federal judge to reject an attempt by video creators to invalidate Section 230 of the Communications Decency Act.

The administration's move comes in a lawsuit by Kimberly Carleste Newman and other content creators who say YouTube wrongly restricted and de-monetized videos with titles like “black lives matter,” “racism,” and “white supremacy.”

Newman and the others contended in their complaint that Google's YouTube isn't entitled to the protections of Section 230 of the Communications Decency Act, which immunizes web companies from lawsuits over content-moderation decisions.

In their class-action complaint, YouTube users including Newman, Lisa Cabrera, Catherine Jones, and Denotra Nicole Lewis alleged that the company uses artificial intelligence, algorithms and other filtering tools “to limit or prevent revenue generation from videos” based on racial identity or viewpoint.

Among other claims, the content creators say Google is violating the First Amendment by engaging in “censorship.”

Newman and the others also contended in their complaint that granting Google protection under Section 230 would be unconstitutional.

The content creators specifically argued that Section 230 violates the First Amendment by enabling Google to suppress speech based on viewpoint.

Google has asked Koh to dismiss the lawsuit at an early stage.

Koh invited the Department of Justice to weigh in on the case, given that the content creators are challenging the constitutionality of a federal law.

On Monday, the Justice Department officially intervened. The government lawyers urged Koh to make a decision without ruling on the constitutionality of Section 230, but added that if she couldn't do so, she should reject the content creators' challenge to the law.

“If the court were to reach the constitutional question, it should conclude that plaintiffs’ challenge fails on the merits,” the Justice Department wrote.

The Justice Department argued that Google's decisions about content don't violate the First Amendment -- which means that Section 230 “does not deprive plaintiff of a First Amendment claim they would otherwise be able to maintain against YouTube.”

The government pointed in its papers to a recent decision by the 9th Circuit Court of Appeals, which barred Prager University from proceeding with claims that YouTube de-monetized and restricted access to conservative clips. The appellate judges said in that case that Google isn't bound by the First Amendment's prohibition against suppressing speech.

“The Ninth Circuit has squarely held that YouTube is not a state actor capable of violating the First Amendment,” the Justice Department wrote.