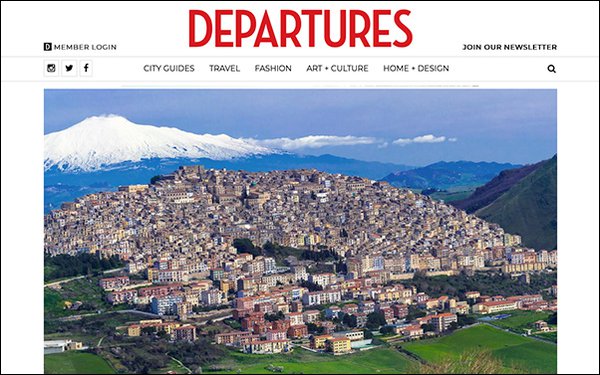 American Express and Meredith, which for years had a custom-publishing agreement through which Meredith produced Departures and Centurion magazines, have parted ways, due to a decision by American Express.

Their arrangement will end on May 31, when the magazines become exclusively digital titles, a Meredith spokeperson confirmed. Meredith staffers will work on digital content until then, but some staff is being laid off.

“We regularly evolve our premium-card offerings and have made the decision to transition the Departures and Centurion U.S. magazine benefits to a new digital-first editorial platform,” American Express said in a statement explaining the move.

It added: “As part of that determination, Departures’ May/June, Spring Home + Design, and Spring/Summer Centurion magazine will be the final print issues in their current form and frequency published by Meredith Corporation.”

The news broke Thursday in WWD.

“There is really no magazine quite like this one, and I’ve met countless people who, when I told them what I do, have all said, “Oh, I love Departures!” Blackerby says on Instagram.

Giulio Capua, group publisher, will stay on to lead the sales and marketing teams of Meredith’s luxury group, according to WWD. This group consists of Travel + Leisure and Food & Wine.

American Express adds: “We are grateful to Meredith for our strong collaboration and will continue to work together as advertising and marketing partners.”