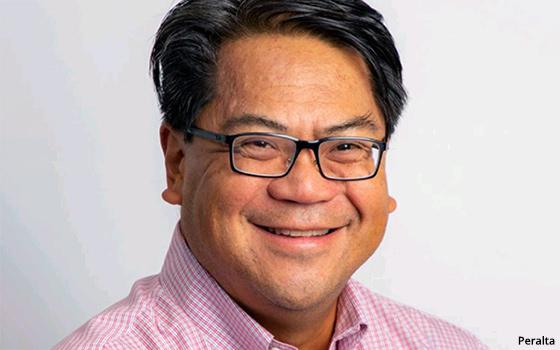 British media company Future Plc. is among the publishers confronting the expected loss of technologies to track online consumers and retarget them with advertising. However, its combination of first-party data, contextual targeting and affiliate revenue from ecommerce will help the publisher of enthusiast titles thrive.

The company's revenue last year expanded 53% to $474 million amid a 56% gain in its online audience, which now includes one-third of U.S. adults, according to Future data. The publisher, whose brands include GamesRadar, TechRadar and Tom's Guide, is aiming for continued growth as consumers rely on its editorial expertise when making purchase decisions.

"We focus on what we like to call 'commerce content.' If someone is searching for something like 'the best Android phones,' one of our sites is going to show up in the top two or three organic listings," Mike Peralta, Future's global CRO, said in an interview with Publishing Insider.
By optimizing its sites to be crawled and indexed by search engines, 70% to 80% of its web traffic comes organically, he said. That high-intent audience is appealing to advertisers seeking to showcase their wares in a brand-safe context and to drive a final sale online.
Contextual ad targeting is a key strength with technology companies; Google and Apple are taking steps to give consumers more privacy controls. Google next year will end support for third-party cookies in its popular Chrome browser, while Apple soon will notify its customers when apps want access to device identifiers to track their digital activities.
In response, Future has taken steps to gather more first-party data directly from consumers, while also working with other companies on privacy-safe identifiers. Those companies include Google, which is developing an alternative to the third-party cookie as part of its Sandbox initiative, and programmatic platform The Trade Desk, which has backed a solution called Unifed ID 2.0.
"At the same time, we're making sure we're aligned with our advertisers from a measurement standpoint," Peralta said.
A key challenge is finding a way to protect its proprietary first-party data about consumers, while also providing advertisers with more transparency about its audience, perhaps by using a "data bunker" to provide more deterministic targeting.
“That's definitely a solution that we're looking at, because we want to help our advertisers and agencies understand what's working or not," Peralta said. "We need to do it in a privacy-focused way and make sure we're keeping our data safe, as well.”
Future estimates that less than 1% of its revenue will be affected by changes in third-party cookies. That's because 40% of ad revenue comes through direct deals, which are highly lucrative with an electronic CPM of $12 to $13 and the least likely to be affected by the loss of cookie tracking. Another 7% comes from private marketplaces, with an eCPM of $6-$7, while 7% is derived from partnerships with an eCPM of $2-$3.
Open programmatic auctions don't pay as well, with eCPMs of $1-$2, and are most vulnerable to the loss of cookie tracking. However, those open auctions only make up 33% of Future's total revenue, according to the company, making it less vulnerable to those privacy changes.