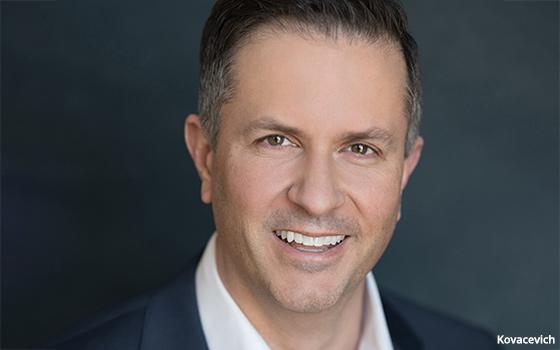 Google veteran Adam Kovacevich has launched a new industry-funded organization, the Chamber of Progress, which plans to advocate for what he describes as “centrist-left” positions on issues confronting the technology industry.

The organization's mission statement describes Chamber of Progress as a “tech industry coalition devoted to a progressive society, economy, workforce, and consumer climate,”

Backers include Silicon Valley giants such as Amazon, Facebook, Google, Twitter and Uber. Kovacevich says those companies aren't represented on the organization's board and don't have a vote on its work.

“I want us to have a healthy debate about what it means to be progressive,” Kovacevich, who serves as CEO of the new group, says. “If you think progressive means reflexively anti-business, we probably won't agree.”

Kovacevich, who was part of Google's public policy team for 12 years, managed the company's strategy during the FTC's 2011-2013 antitrust investigation of the company, which concluded largely in Google's favor.

The new non-profit, which joins an already crowded field of tech-related policy groups, come as tech companies facing growing threats -- including calls to break up the largest companies, and to curb digital platforms' legal protections from lawsuits based on users' content.

The Federal Trade Commission and state attorneys general are currently suing Google and Facebook over alleged antitrust violations, while numerous lawmakers have floated proposals to repeal or revise Section 230 of the Communications Decency Act -- the 25-year-old media law that protects web companies from lawsuits over content by users.

Among other policy goals, Kovacevich says the nonprofit will argue that Section 230 “encourages and incentivizes” tech companies to engage in content moderation that filters out lawful but objectionable posts, like hate speech.

“One of the things we'll stand up for is that we ought to have healthy online communities,” he says.

Section 230 provides that tech companies aren't liable for efforts to filter out objectionable material. (The First Amendment also protects web publishers' right to moderate content as they see fit, but Section 230 often provides a faster path to victory when companies are sued over their editorial policies.)

The nonprofit's first campaign centers on voting rights. Kovacevich is backing the federal For the People Act, as well as the John Lewis Voting Rights Advancement Act, and opposing numerous bills in Republican-dominated statehouses that could suppress turnout.

Before joining Google, worked as an aide to Democratic officials on Capitol Hill, and was one of the founding staff members of the House New Democrat Coalition.