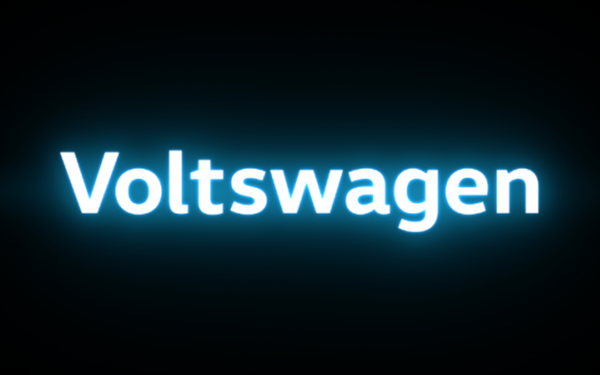 There seems to be no shortage of electrifying news on the automotive front this week.

In what turned out to be an April Fool’s Day prank, Volkswagen now says it is not changing its name to Voltswagen. However the automaker is embracing electric vehicles, unveiling a campaign for its ID.4 electric SUV yesterday.

An alleged draft version of a press release about the name change was briefly available on the company's media site Monday before being taken down. Then Tuesday morning a "real" (still fake) release said “Voltswagen” will be placed as an exterior badge on all EV models with gas vehicles sporting the VW emblem only. Exterior and interior signage will soon roll out to all Voltswagen properties and dealerships nationwide, per the release. By the end of the day, the company confirmed it was all just a publicity stunt, which clearly succeeded based on the number of stories it generated by reporters and editors who were duped.

The draft release and then the "real" release attracted investor attention. It sent VW shares 4.7% higher on the Frankfurt stock exchange and in the U.S., the company’s American depositary receipts rose as much as 12% Tuesday before sliding near the close after the company confirmed the name change was a joke, closing up 9%, observed The Wall Street Journal.

Jokes aside, the Volkswagen Group became the first major automaker to support the goals of the Paris Climate Agreement, with an added target of a 30% reduction in the company’s carbon footprint by 2025, and net-carbon neutrality by 2050. A resulting commitment to sell one million EVs worldwide by 2025 will see more than 70 electric models launched across the VW group brands by 2029, according to VW. 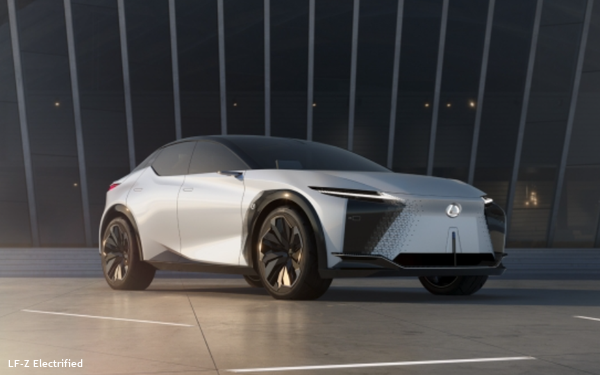 Meanwhile, Lexus staged the world premiere of the LF-Z Electrified concept car from its home base of Tokyo at 6 a.m. ET.  It incorporates driving performance, styling, and technologies envisioned for realization by 2025, according to the automaker.

The unveiling marks the luxury automaker’s plans to accelerate the development of electric vehicles.

Lexus aims to offer electric variants of all its models by 2025, with the sales ratio of electric vehicles exceeding that of gasoline-engine vehicles. By 2050, Lexus aims to achieve carbon neutrality throughout the lifecycle of its entire model lineup – from the manufacturing of materials, parts and vehicles, to vehicle logistics, to the final disposal and recycling of older vehicles.

“In addition to the growing social mission of carbon neutrality and compliance with the Sustainable Development Goals of the United Nations, customers’ lifestyles and values are changing and diversifying at a speed previously beyond imagination,” according to the automaker. “The social environment, mobility needs, and customer lifestyle demands have evolved as part of the evolving luxury landscape.”

Since the launch of the RX 400h – the world’s first luxury electrified model – in 2005, Lexus customers have purchased nearly two million electrified vehicle as of the end of 2020, and currently offers nine models of hybrid electric vehicles and battery electric vehicles in approximately 90 countries and regions around the world. 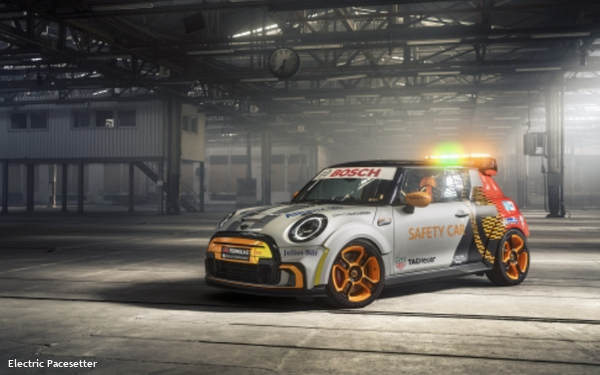 Mini is also making its electric future known with the unveiling of the Mini Electric Pacesetter as the new Safety Car for the ABB FIA Formula E World Championship race series. The vehicle connects the brand’s electrified future with the racing history of John Cooper Works. The car was created out of the new Mini Cooper SE as part of a collaboration between Mini Design, BMW Motorsport, the FIA and the Formula E, according to the automaker.

“However, the Mini Electric Pacesetter inspired by John Cooper Works goes at least a step further and blends the performance character of the John Cooper Works brand with electric mobility,” Korber says in a release.

This extreme version of the Mini Electric is not intended for use on public roads. But it does reveal one of the directions the automaker could take with the electrification of the JCW brand, he says.