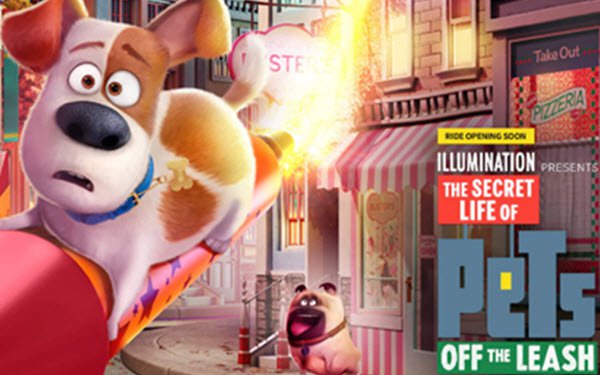 More than a year after shutting down due to the pandemic, Universal Studios Hollywood will reopen on April 16.

For now, only California residents will be able to visit the park, with attendance limited per local government restrictions, and tickets on sale starting April 8. But annual and season pass holders will be offered a sneak preview on April 15.

Universal’s news follows Disney’s announcement that it will reopen Disneyland in Anaheim, California on April 30.

Universal Studios said that most of the parks’ rides will be open, and a new ride called "The Secret Life of Pets: Off the Leash "(above) will be unveiled. In addition, its “Jurassic World” ride will feature a new, fully articulated version of Indominus Rex.

Park attendees will be required to follow safety protocols, including mandatory temperature checks for entry.