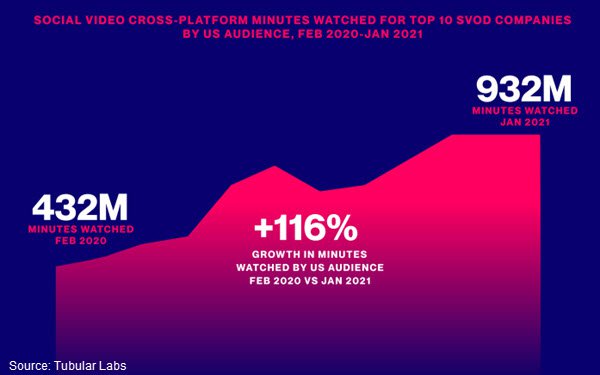 U.S. viewers watched 932 million minutes of promotional videos for leading subscription video-on-demand services on Facebook and YouTube in January 2021 — up 116%, from 432 million, in February 2020. 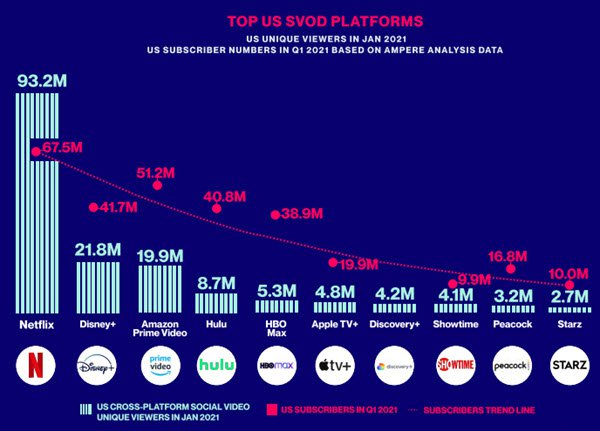 "With the maturity of social media platforms into audience attention juggernauts, companies like Netflix, ViacomCBS, Warner Media and NBCUniversal, among others, have all invested heavily in social video marketing efforts to boost TV tune-in and streaming service subscriptions,” says Tubular Labs Chief Revenue Officer Denis Crushell. “This trend was further accelerated in 2020 as COVID-19 and resulting stay-at-home orders spanned the globe, and altered the way the world watches content."

The analysis found streaming services delivering a younger audience than traditional broadcasters. On average, 67% of the SVODs’ audiences are between 13 and 34 years old, versus 57% on average across the top five broadcasters (Comcast, Disney, Fox, ViacomCBS and WarnerMedia). 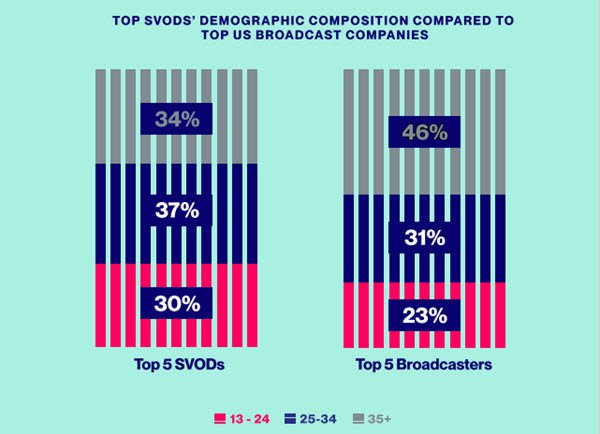 SVODs with deep libraries — Netflix and Disney+, in particular —were able to capitalize on housebound pandemic viewers’ turning to classic movies and TV series for nostalgic comfort.

An analysis of SVODs’ top-25 30-second videos over the past six months shows just 48% of Netflix videos devoted to promoting new content, 21% to promoting “fairly new” content, and 31% to promoting “old” content. Disney+ was much more focused on ne content, but still devoted 15% of its video time promoting old content. 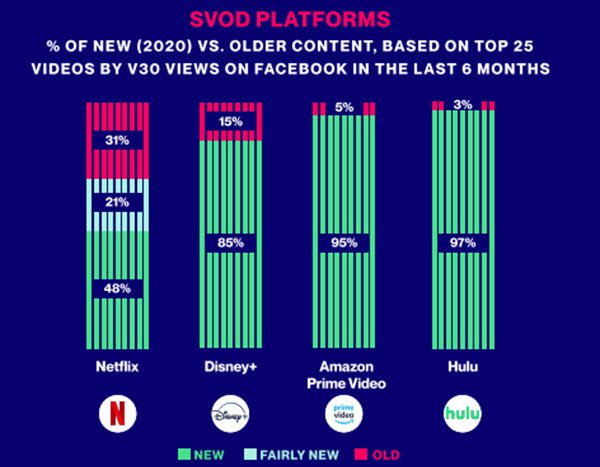 Netflix takes the most diversified approach to its video formats —relying primarily on long trailers and scenes from shows, but also using interviews/announcements with casts, clip compilations, snippets from comedians’ shows and other formats.

Amazon, Disney+ and Hulu are considerably more dependent on the long trailer format.

Netflix also makes strong use of “shoulder content” — for example, supplementing trailers/teasers and scenes from its hit show “Bridgerton” with meet-the-cast, behind-the-scenes, fan content and dialogue with viewers.

Netflix’s “The Queen’s Gambit” has exemplified how earned media and influencer-created content, much of which has focused on the chess craze inspired by the popular series, amplify reach. 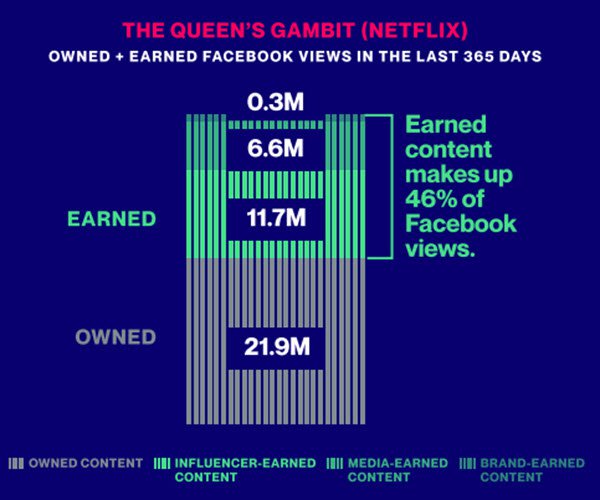 Disney+ and Amazon Prime Video have used similar strategies to promote their recent movie releases, according to the report: They begin teasers/announcements three to four weeks before a release, then move to scenes from movie, behind-the-scenes and meet-the-cast content through the release and for one to two months afterward. 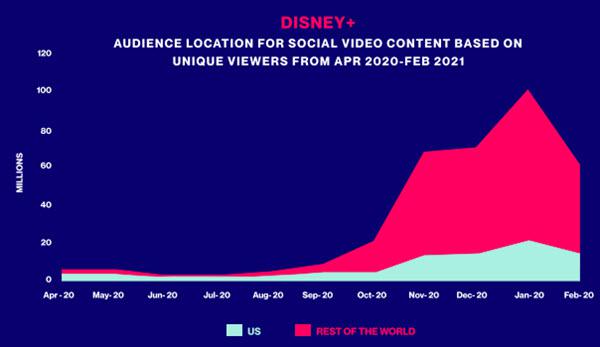