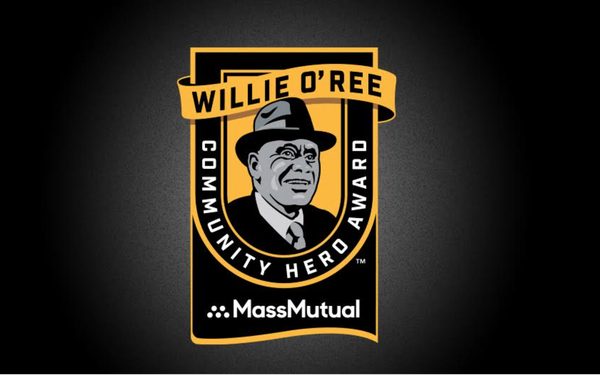 The National Hockey League and MassMutual have opened up nominations for an award that recognizes community involvement.

Consumers can visit NHL.com/OReeAward to nominate themselves or others for the 2020-21 Willie O’Ree Community Hero Award presented by MassMutual, which is given to an individual who – through the sport of hockey – has positively impacted his or her community, culture or society. Nominations are open until April 25.

MassMutual is the NHL‘s Official Life Insurance partner in the U.S.

The award is named for former NHL forward Willie O’Ree, the first Black player to compete in the League. O’Ree lost sight in his right eye at a young age but went on to play professional hockey for 21 years.

For more than two decades, he has served as the NHL’s Diversity Ambassador, traveling across North America to schools and hockey programs to share his story and experiences as well as to promote messages of inclusion and dedication.

The candidates will be narrowed down to three finalists in June. A winner will be selected and announced at a date to be determined. The winner will receive $25,000 and the two finalists will each receive $5,000 to be donated to a charity of their respective choice.

The finalists, and ultimate winner, will be determined by fan vote and weighted votes from Willie O’Ree, the NHL and MassMutual.