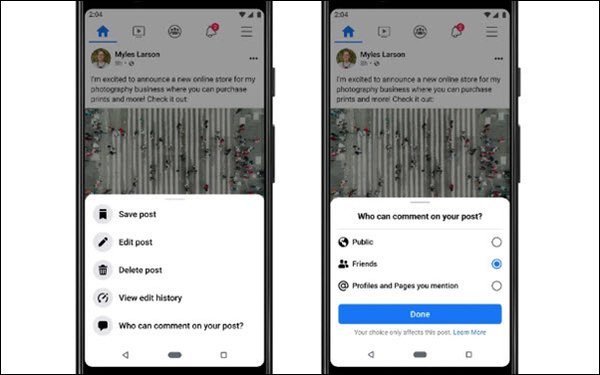 The filter bar, a menu that appears at the top of the News Feed, makes it easier for users to access a tool that ranks content chronologically and switch between that mode and the mode that sorts content algorithmically.

The filter bar also lets users choose the an option in the shortcuts menu that ties into the “Favorites” tool Facebook launched last October. Favorites lets users prioritize posts from up to 30 friends and pages. In addition to appearing higher in the News Feed, those posts can be viewed as a separate filter.

“For some time, it has been possible to view your News Feed chronologically, so that the most recent posts appear highest up,” Nick Clegg, Facebook VP of global affairs and communication, explained in an essay posted on Medium. “This turns off algorithmic ranking, something that should be of comfort to those who mistrust Facebook’s algorithms’ playing a role in what they see. But this feature hasn’t always been easy to find. So Facebook is introducing a ‘Feed Filter Bar’ to making toggling between the Most Recent feed, the standard News Feed, and the new Favorites feed easier.”