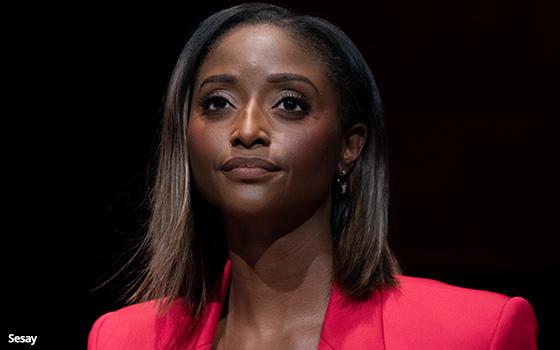 Isha Sesay, former CNN international anchor, is set to take over as CEO of OkayMedia, a digital publisher focused on Black life and culture.

Sesay is the first woman to serve in the top slot at the company. She has also been named to the OkayMedia board of directors.

In her new role, she will oversee digital publications, including OkayAfrica and OkayPlayer, and will also serve as CEO and co-founder of OkayMedia’s new production company SPKN/WRD. The boutique firm is devoted to featuring seldom-heard global voices, according to a report in OkayAfrica.

Sesay’s career includes 13 years at CNN and her coverage has focused on “shining a light on the most critical and under-reported stories from across the globe — from the pandemic outbreak in Africa to her work as a United Nations Goodwill Ambassador combating the ongoing violence against women and girls,” states OkayMedia Chairman Sam Hendel.

In 2014, Sesay and her team covered the kidnapping of more than 200 schoolgirls in northeastern Nigeria, garnering her a Gracie Award for Outstanding Anchor. She also was part of the network team honored with a Peabody Award for excellence in reporting.

The kidnapping was also the subject of Sesay’s 2018 book, “Beneath the Tamarind Tree.”

Sesay is also the president of  W.E. (Women Everywhere) Can Lead, a nonprofit organization she founded that works in her native Sierra Leone.

"Isha's leadership throughout her career in perfectly aligns with our mission to tell stories that move a global culture forward,” Hendel states.