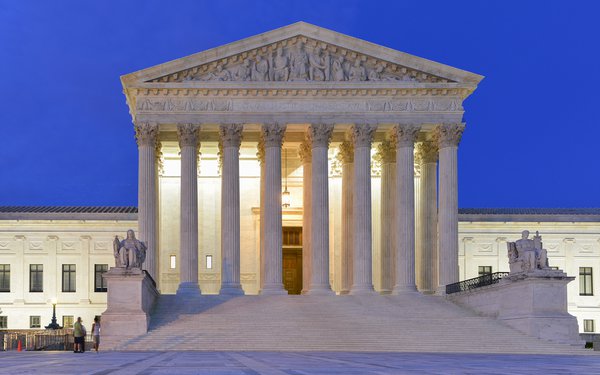 The Supreme Court on Thursday unanimously upheld a 2017 decision by the Federal Communications Commission to loosen rules regarding media ownership.

“We conclude that the FCC’s 2017 order was reasonable and reasonably explained,” Justice Brett Kavanaugh wrote for the court.

The ruling stemmed from the FCC's de-regulatory decision to loosen some restrictions on media ownership -- including one that prevented the same company from owning a newspaper and broadcast station in the same market.

A coalition including Prometheus Radio Project and the watchdog Free Press sued the FCC over the rule change.

In 2019, the 3rd Circuit Court of Appeals struck down the FCC's move on the grounds that the agency didn't consider how the revisions would affect ownership of media by women and minorities.

The FCC then appealed to the Supreme Court, which ruled in favor of the agency.

“The FCC considered the record evidence on competition, localism, viewpoint diver­sity, and minority and female ownership, and reasonably concluded that the three ownership rules no longer serve the public interest,” Kavanaugh wrote. “The Commission further explained that its best estimate, based on the sparse record evidence, was that repealing or modifying the ... rules at issue here was not likely to harm minority and female own­ership.”