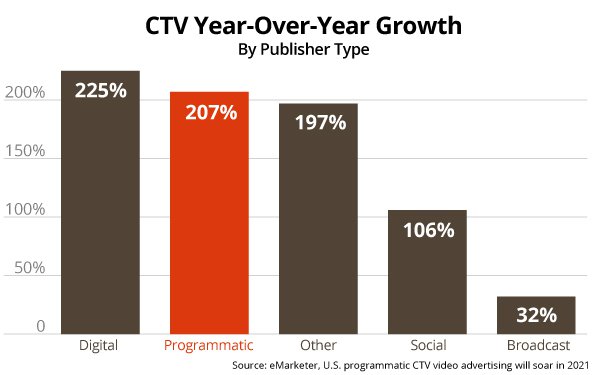 Connected TV (CTV) accounted for 40% of all video impressions served on Innovid’s platform, up from 31% the year prior. Global CTV impressions saw a 60% YoY increase.

Video works, but there is an optimal length for ads -- a time that attracts the most engagement and click-through rates. That time frame is between 15 seconds and 30 seconds.

Innovid notes that on mobile and PC, the majority of impressions were from 15-second videos, while 22% of mobile video impressions were even shorter, clocking in at under 10 seconds. CTV saw a near-even split between 15 seconds and 30-second formats. Video completion rates remained high across all formats for CTV.

The data shows that global CTV impressions saw a 60% year-on-year (Y0Y) increase. North America at 42% and Latin America at 15% led impression-share growth. Mobile hung on to its top position, with 43% of global video impressions and 68% of global display impressions.

PC remains an important omnichannel marketing strategy, despite the decline.  In the U.S., internet time spent on PCs rose 7.5% in 2020, and data shows that PCs gained share in the second-quarter display ad impressions, while lockdowns were enforced.

In March, Innovid in March saw more advertisers swap creative across all formats. In the first half of 2020, Innovid recorded a 100% growth in dynamic creative video impressions. Brands leaned on dynamic creative to remain nimble and update messages as situations changed.

Advanced creative video formats generated a 309% lift in engagement and an average of 34 additional seconds earned.

For display, dynamic creative generated a 37% lift in click-through rates compared with standard display, a number that jumped to 82% on mobile devices.