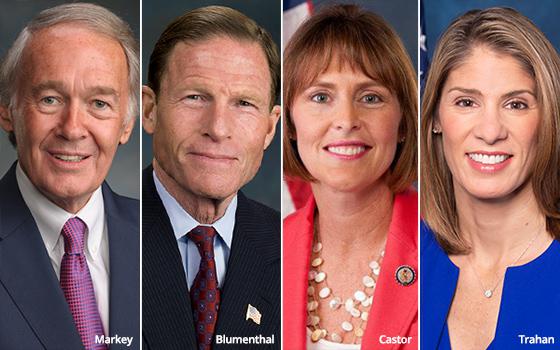 Lawmakers say they have “serious concerns” about the prospect that Facebook will launch a children's version of the photo-sharing app Instagram.

“Facebook has an obligation to ensure that any new platforms or projects targeting children put those users’ welfare first, and we are skeptical that Facebook is prepared to fulfill this obligation,” the lawmakers add.

The letter comes around two weeks after Instagram head Adam Mosseri confirmed that the company is considering a child-friendly version of the app.

“Kids are increasingly asking their parents if they can join apps that help them keep up with their friends,” he tweeted in response to a BuzzFeed report about the initiative. “A version of Instagram where parents have control, like we did w/ Messenger Kids, is something we’re exploring.”

The lawmakers contend both that social media use can be harmful to children's psychological health, and that Facebook has previously failed to protect the privacy of children using its services.

They specifically note that in 2019, Facebook's Messenger app for children -- a service intended for children under 13 -- contained a bug that allowed youngsters to communicate with adults who hadn't been pre-approved by parents.

“Although software bugs are common, this episode illustrated the privacy threats to children online and evidenced Facebook’s inability to protect the kids the company actively invited onto this platform,” the lawmakers write. “In light of these and other previous privacy and security issues on Facebook’s platforms, we are not confident that Facebook will be able to adequately protect children’s privacy on a version of Instagram for young users.”

Facebook doesn't allow children under 13 on Instagram or Facebook.com, but observers believe many young children are using social media despite companies' official policies.

A Facebook spokesperson said: "If we can encourage kids to use an experience that is age-appropriate and managed by parents, we think that's far better than kids using apps that weren't designed for them."

Markey and the others are asking Facebook to answer dozens of questions about the potential new service, including what data will be collected, and whether the service will be supported by targeted advertising.

The lawmakers have asked Zuckerberg to respond by April 26.