Not Everyone Thinks Apple Events Are All That Special -- Or Necessary 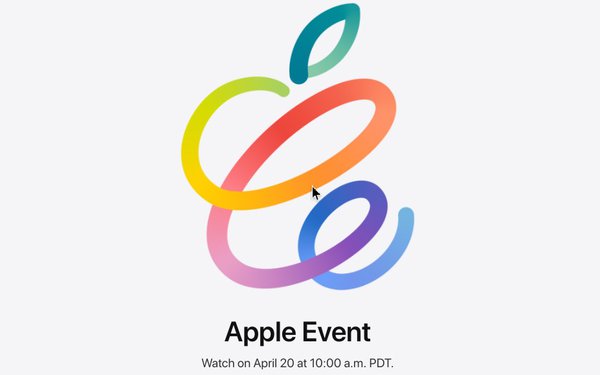 Next Tuesday, by all reliable accounts, Apple will unveil two new iPads, and will do so at a special virtual event called “Spring Loaded.”

The question, at least for Shira Ovide, who writes the "On Tech" newsletter for The New York Times, is why Apple’s wasting everybody’s time. Earlier this week in her newsletter, she questioned the point of “Mary Kay-style demonstrations for the 400th edition of an iPad” that will look essentially just like the last iPad introduced -- when in fact, the real news is the technology inside.

These Apple sessions have been around since the days when new products were really new. Ovide writes, “You probably know the ones I’m talking about. Steve Jobs or the current Apple boss, Tim Cook, paces a dark stage and holds up a shiny slab of circuits to an enthralled audience.”

Still, she adds, ”These product launches are a stale habit festering long after it’s ceased being useful. It shows a lack of imagination from companies that are supposed to be imaginative and a disrespect for us, the customers. It doesn’t have to be this way.”

The Washington Post last year had a similar lament about Apple: “Every fall it announces its latest iPhones. The company has announced new iPhones every September since 2012. The year prior, in 2011, the iPhone 4s was announced in October.”

That story had its own version of the formula: “Dramatic drone shots of the spaceship-like campus, a brief nod to the current woes of the world, executives rattling off superlatives about lightly upgraded gadgets.”

Ovide says the Apple-style press event for new products has become such a staple everybody began doing it. “Elon Musk does them for Tesla cars and brain implants,” she writes.

Indeed, they are now the norm in tech circles, even when the event is a little thin on event-worthy matter. The Verge (and also Marketing Daily) tweaked Samsung at its January “Unpacked” event for a particularly picayune product announcement.

Samsung did unveil the Galaxy S21 Ultra,  but as The Verge noted, “the real innovation, the thing that Samsung spent almost three minutes waxing poetically about during its 2021 Unpacked presentation, was the color black -- specifically, ‘phantom black,’ the company’s ‘new’ version of black for the Galaxy S21 Ultra 5G. A black that Samsung describes as ‘strong, fluid, and modern,’ and also ‘unapologetic,’’resonant,’ and ‘unforgettable,’ . . . Call it Samsung entering its Adult Goth phase or maybe just a way to pad out a presentation that was light on news.”

The upcoming Spring Loaded event seems especially unspecial, based on a scan of tech press. Bloomberg tech specialist Mark Gurman reports he expects nothing "particularly innovative" or "extraordinary" to come out of it, according to the website MacRumors.

Still, as much as she may be bored silly by these presentations, Ovide knows why Apple and others still do them. Journalists like her attend them and write about them, even if there’s nothing much to say. She links to a 2018 Wall Street Journal story that estimates each one of these Apple extravaganzas creates as much as $300 million in free publicity for the brand.

And Twitter reaction can be positive as well. One man tweeted, “The last thing i’ll let leave this earth (during a dreadful indoor-stricken pandemic, especially) is an Apple keynote. Is it sad to think it’s brought me joy? To some, probably. but i know that watching these with thousands of other people on twitter has been exactly what i needed.”

Ovide’s tweet back seemed to acknowledge the point:  “Fair! It is nice to think about dark mode on the Mac and not dark mode of the world.”