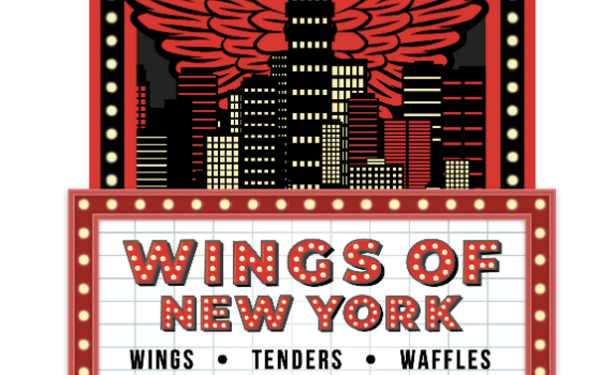 Nathan’s Famous is expanding the footprint of its Wings Of New York virtual restaurant concept in a partnership with Ghost Kitchen Brands that includes locations at select Walmart stores.

As a result of the partnership, Nathan’s will have 60 Wings Of New York locations in the United States and 40 in Canada by the end of 2021.

Virtual restaurants offering carryout and/or delivery have grown in popularity as the pandemic curtailed or shut down indoor seating.

As previously reported, McDonald’s recently disclosed that it will close up to 325 restaurants this year—most of them in Walmart stores—and Subway is also exiting some of the retailer’s locations.

Last month, the Saladworks chain announced a similar deal with Ghost Kitchens. The partnership extends Saladworks to 60 U.S. locations—including at some Walmart stores—and 40 in Canada by year’s end.

Nathan’s debuted its Wings Of New York concept last November in the New York tri-state area. New York-style wings, Harlem-style chicken and waffles and other food prepared in the kitchens of Nathan’s restaurants were made available via third-party delivery.

In the deal with Ghost Kitchens, some of the Walmart locations will contain seating, while others will be carryout or delivery only.

Ghost Kitchens operates its own standalone units along with kitchens located in malls and big-box stores.

A news release about the partnership did not specify how many Walmarts will host Nathan’s ghost kitchens or where they will be located. Marketing Daily reached out to Nathan’s for clarity but had not heard back by deadline.

Elsewhere in the restaurant space, McDonald’s is teaming up with South Korean K-pop group BTS for the chain’s next “Famous Orders” campaign, while Smashburger is calling for an end to the “chicken wars.”

Last fall, McDonald’s debuted “Famous Orders” by promoting the menu favorite of rapper Travis Scott—a move designed to reintroduce diners to core menu offerings. Consumer response was so strong that it caused shortages of Quarter Pounders at some McDonald’s locations.

At the end of next month, McDonald’s in nearly 50 countries will showcase menu favorites of BTS that include South Korea-inspired sauces.

On Monday, Smashburger offered a free Scorchin’ Hot Crispy Chicken Sandwich to any fast-casual or fast-food employee who visits a Smashburger location dressed in their work uniform.

Smashburger says it’s doing so to leave behind the chicken wars—a reference to the competition for chicken sandwiches—along with the year 2020.