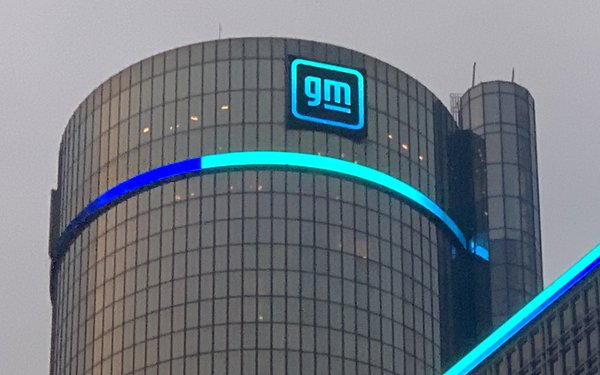 General Motors said it is making “significant changes” to its model for partnering with diverse media.But Byron Allen, the leader of a group of Black media owners that criticized GM and CEO Mary Barra last month for its spending practices, is not satisfied, calling the plan "a dog and pony show.”

The changes address multiple aspects of the media ecosystem, including overall spend, spend distribution, measurement, deal structure and infrastructure development, according to the automaker.

On May 14, GM will hold a dedicated upfront with diverse media owners ahead of the traditional media marketplace. The summit will encourage existing and potential partners to submit an overview of their business for consideration by GM for deeper engagements beyond the summit, including a request for proposal.

The process that will be used for the selection of media will be accredited by a third party to ensure fairness and transparency, per the automaker.

But Allen, founder/chairman/CEO of Allen Media Group, which owns 65 television shows and several networks including The Weather Channel, said the automaker should dedicate 5% to 15% of its ad budget to Black-owned media now, not 8% in four years.

“GM is defending. They don’t need to defend, they need to include,” Allen told the Detroit Free Press. “Going from $10 million of ad spend to $20 million, when you spend billions, is not inclusive. We don’t need the dog and pony show. ... Please allocate 5% to Black-owned media. Conversation over. Don’t need a meeting, don’t need summits, don’t need a press release. Don’t need a circus.”

GM's advertising spend with Black-owned media came under fire in late March when Allen and other leaders of Black-owned media companies ran a full-page ad in the Detroit Free Press, The Wall Street Journal and The Washington Post accusing GM and Barra of systemic racism.

Former rapper and now media mogul Sean "Diddy" Combs wrote an open letter April 8 on his company’s website that was very critical of the automaker.

“While Revolt does receive advertising revenue from GM, our relationship is not an example of success,” Diddy writes. “Instead, Revolt, just like other Black-owned media companies, fights for crumbs while GM makes billions of dollars every year from the Black community. Exposing GM’s historic refusal to fairly invest in Black-owned media is not an assassination of character, it’s exposing the way GM and many other advertisers have always treated us. No longer can corporate America manipulate our community into believing that incremental progress is acceptable action.”

Meanwhile, other initiatives GM announced Friday include a Diverse Marketing Incubator Fund in which GM will allocate $50 million over 10 years to support and scale diverse marketing companies.

“This action plan will transform our engagement model with diverse media in a sustainable way,” Wahl said in a statement. “Over the course of several weeks, we met with many diverse-owned media organizations. We are grateful for the transparency and spirit of collaboration, which helped us frame this inclusive approach.”

Alfred Liggins, CEO of Urban One, and civil rights leader Benjamin Chavis, Jr., president and CEO of the National Newspaper Publishers Association, which represents 230 African American-owned media companies, both had positive comments on GM’s moves. Neither were part of the Black media owners who targeted the automaker with the ad.

Allen says that he and the six other Black-owned media signatories of the March 28 full-page ad collectively get $5 million a year from GM in advertising. He said that is unacceptable considering GM’s total marketing budget is close to $3 billion a year and that African Americans make up 14% of the U.S. population and a considerable number of GM customers.

Meanwhile, one major company has garnered Allen’s praise. The Allen Media Group and Verizon are partnering to host a Black-owned media summit in May.

“I’m very proud of Verizon, one of the largest advertisers in the world, coming to the table to make sure we have real economic inclusion for Black-owned media,” Allen said in a press announcement. “The biggest trade deficit in our nation is the trade deficit between corporate America and Black America, and we must close that gap immediately.”